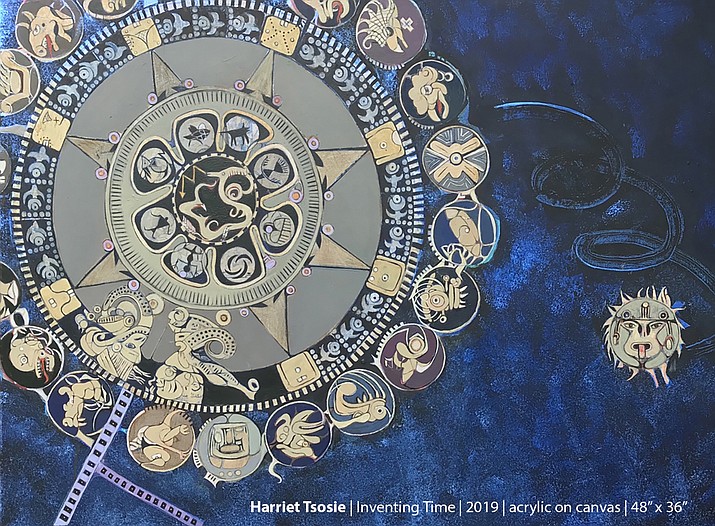 FLAGSTAFF Ariz. —NightVisions, an exhibit that focuses on comet hunter Carolyn Shoemaker, will open at the Coconino Center for Arts May 21.

The exhibit runs through Aug. 27 and is free to the public. A donation of $10 is encouraged.

Shoemaker is remembered as one of the greatest asteroid discoveres of all time, she found 377 of them.

According to astronomer David Levy, comets were miraculous.

"When she found an asteroid she'd say something like, "That's interesting. I'll add it to my tally." But comets, they were priceless, they were beyond measure, they were holy in a way."

The exhibit is put on by Creative Flagstaff in collaboration with the Flagstaff Dark Skies Coalition.

"It's an elegant synthesis of contemporary artworks and astronomical artifacts that brings the vastnass of the night skies into contemplative reach," said CCA exhibitions and Programs Director Julie Comnick.

One of the three curators, Jerrel believes it is important to show a Native perspective, even when the show may not incorporate that perspective, people or their ties to the land.

"I wanted to show that the night sky is very important to our people," Singer said.

He said the night sky is and always has been important to Indigenous communities.

"The night sky is significant in our life and it is disappearing in some areas," he said. "But we have to try and save it, so we are able to see the stars in our own backyard."

Singer points out that even thought the exhibit may not be focused on Native people, it is still important for them to come and see it.

"[Native] people should come and see how the night sky has influenced others that have moved here [because] it has influenced our culture for thousands of years," he said. "Now, it influences others that want to see the night sky. We have stories and prayers that only happen at night. The night sky is always beautfiul. It covers us in a dark, shining backdrop and will continue to inspire future generations of wonder and imagination."