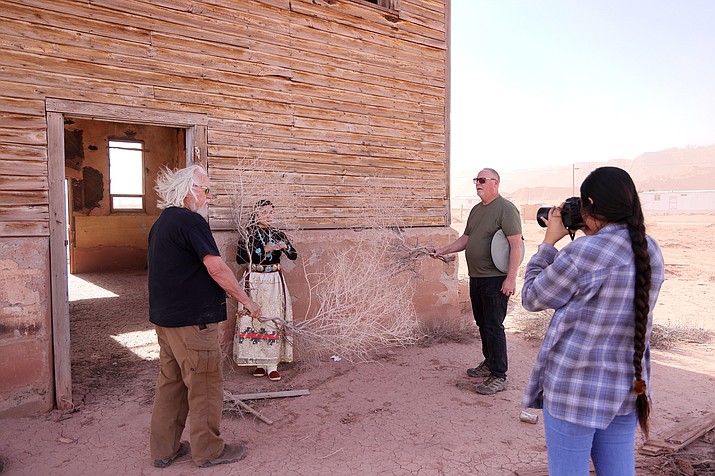 MOENKOPI, Ariz. — She is quiet, with smooth brown skin and long hair that reaches past her thighs. Her quick smile lights up an otherwise serious face as I ask her about herself, in particularly her interest in photography.

Sara Honanie, 16, is a junior at Greyhills Academy. She spent the last three years of high school online because of COVID-19, but said that hasn’t bothered her — she is not an overly social individual.

“I’m actually kind of glad I don’t go to school in person,” Honanie said. “Since I’ve been stuck at home, I don’t leave home at all and now I’m socially awkward. I’ve been going to the basketball court just to touch up on my basketball skills.”

Much of Honanie's social life is spent with her sister and another friend, except for when she’s taking pictures.

Her interest in photography started out simple enough, she would use her dad’s phone to take pictures of things that interested her.

“I would take my dad’s phone and then I got my own phone and started taking pictures on that,” she said. “My parents then got me a little Nikon camera and I sort of progressed from there.”

Honanie said she and her dad, Gilbert, began their photographic journey together.

“His love for photography sort of started through me. We’ve always been a packaged deal,” she said.

When she was nine, Honanie was introduced to Bruce Dorn, a professional photographer for Canon U.S.A., Inc. 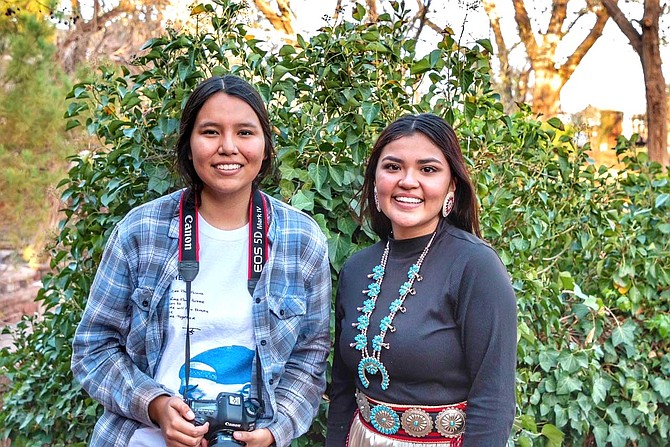 Dorn is an Explorer of Light for Canon. Explorers are part of a prestigious panel of Canon photographers who deliver seminars, workshops, gallery showings and photo presentations at a variety of professional association and amateur photo groups and colleges across the country.

Dorn also participates in the Explorer of Light mentorship program and selected Honanie as his mentee.

“He’s been my mentor for quite some time now and he’s also my friend,” Honanie said.

For Dorn, Honanie’s talent was evident from the beginning.

“Sara has always been willing to put in the work,” Dorn said.

Dorn said there are many things he hopes Honanie has learned throughout her time as a mentee, a few things in particular stand out.

“I wanted to teach a good work ethic and being observant,” Dorn said. “I was trying to build into this experience a capacity to see and to record and to recognize the value of all of those things.”

During her time as a mentee, Honanie has learned those skills. For her, being able to learn new things about photography has been the best part about the mentorship.

“Expanding what I know and what I don’t know,” she said. “When I find out something I don’t know I’m always like, ‘wow, that looks really nice.’”

For her, it has been very encouraging to look back over the progress she has made.

“Looking at my photos now, it makes me feel proud of myself because I’ve been actually doing pretty good,” she said.

Dorn worked with Honanie for five years in the program and said they have made many memories together.

The Exploration of Photography with Canon Explorers of Light by CanonUSA

“We got to go out and do stuff whenever we got a chance,” he said.

Because Dorn is one of Canon’s most active Explorers, he is routinely called upon to test and demonstrate a wide variety of Canon products. This has been beneficial for Honanie, who has also inherited camera equipment and gained experience with a variety of cameras.

“I loaned Sara a camera for a little bit to get her on to something different and I hooked her up with a camera to keep,” Dorn said. “It’s just been a complete pleasure.

Over the years, Honanie has learned the types of photography she enjoys shooting.

“I mainly like doing landscapes, I don’t have to boss the plants around,” she said. “Bossing people around hasn’t really been my thing – sometimes I don’t want to do it, but now that I am starting to do more portraits it is getting easier.”

Through Dorn, Honanie has worked on a variety of projects and has learned how to use constant light and flash using Stella Pro Lights. Some of Honanie’s photos were even used on the Light and Motion website.

Honanie’s experience as a Canon mentee has also been documented in Outside Magazine.

“Some of my pictures are in the magazine,” Honanie said. 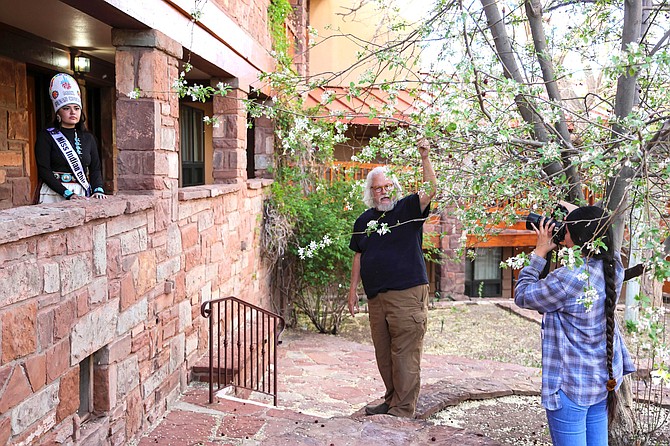 While many of Honanie’s photos are taken on the Navajo and Hopi reservations, she has worked throughout northern Arizona and in Utah.

Most recently, Honanie’s photos were displayed at The Raven Café in Prescott.

“We got the whole room and put up around 30 images with a little mini-reception,” Dorn said. “The show was up for a month and we sold some pictures.”

With several years under her belt, Honanie has options and is currently deciding if she wants to pursue photography.

“I’m still debating on what I want to do in the future,” she said. “When I go to college I want to major in anthropology and minor in history, but everyone keeps telling me, ‘maybe you should continue photography since you’re so good at it’ and that’s where I’m stumped.”

However, Honanie and her family agree the mentorship has opened doors and gives Honanie options for whatever she decides to do.

“Our family is blessed to have met Bruce,” Honanie’s mother, Ellery Honanie, said. “Sara’s photography has really taken off since we started hanging out with him a lot more. We consider her to be a lucky person to have a mentor like him – I think she has a lot of talent.”

“I really feel blessed to have met the Honanie family, we are family at this point,” Dorn said. “It was gratifying and I encourage everybody else to do it, I’m going to continue to do it.”