The Navajo Nation’s transition to renewable energy: what and where to expect it 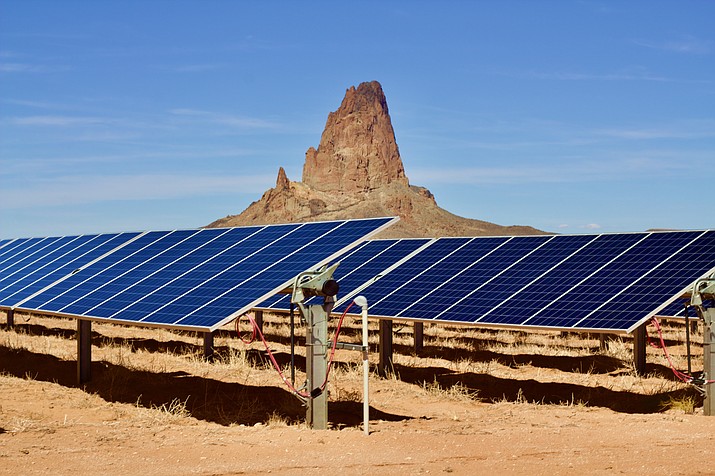 FLAGSTAFF, Ariz. — Since the closure of the Peabody Black Mesa coal mine near the four corners region in northeast Arizona, the Navajo Nation has established a transition from coal to renewable energy sources, like solar power.

To compensate for energy production lost because of the closure of the mine, the Navajo Nation created a solar power plant located in Kayenta, Arizona.

The Navajo Tribal Utility Authority’s Kayenta Solar Project is the largest solar project on the reservation. This project was built in two phases consisting of two fields of fixed sun tracking panels known as Kayenta 1 and Kayenta 2. The Kayenta 1 field has 120k panels, while Kayenta 2 has only 100k. Both fields put out the same amount of energy, demonstrating the technological efficiency of these solar panels.

Glen Steiger, project manager for the Kayenta Solar Project, said the plant produces up to 55 megawatts of energy, which is more than enough to power the entire chapter of Kayenta.

Steiger, who is also an executive consultant at the Navajo Tribal Utility Authority (NTUA), said there are 15 thousand families on the reservation without access to electricity, making the plants crucial to the welfare of these families.

The Bureau of Indian Affairs has allowed a new solar project to be built in Red Mesa. Steiger said this plant will be even bigger than the solar project at Kayenta with 70 megawatts of power. The project is supposed to come online by November 2022.

Another solar power plant in Cameron, Arizona is projected to go online by 2023 and is expected to produce up to 200 megawatts of power with accompanying battery storage, producing up to 145 more megawatts of power than the Kayenta Solar Plant. The large power lines that run throughout Cameron makes it a suitable location and also means the new plant can tap into those lines to provide power to more families in the region. 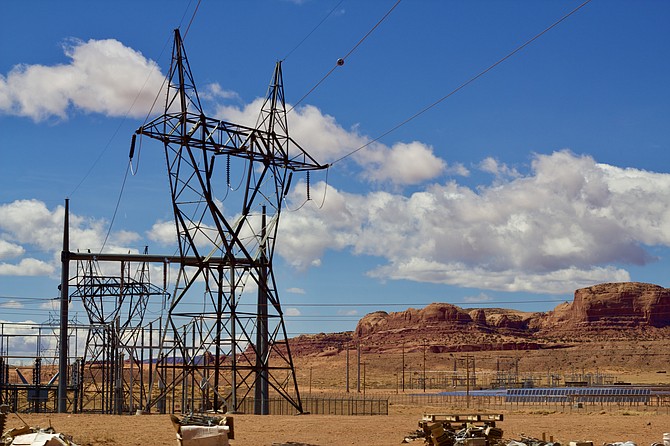 By law, these plants must hire up to 97% Navajo people, so there may be economic opportunity for Indigenous people in the region.

Dr. Erik Nielsen, associate professor at Northern Arizona University’s School of Earth and Sustainability and specialist in Environmental Policy and Energy, , said he sees great potential in the plants to supply jobs. However, he said there are minor economic challenges that come with a transition to solar.

“There are secondary or induced economic impacts of the mine closure and job security when you go from having a lot of people from Kayenta working at the coal mine, to only one to two people working full-time at the solar power plants,” he said.

Nielsen said the exciting thing about solar is its ability to be deployed quickly and that, if within a five-year period, enough solar can be installed and enough plants can be built, that will start to create a more sustainable source of energy.

“Cameron’s solar power plant is going to be big, so they will have more employees and be able to spread the benefit from solar.

Solar is a way to ensure families on reservations have access to electricity. As coal mines continue to be shut down and water levels at Glen Canyon Dam continue to decrease, new solutions are needed. Glen Canyon Dam has been a large source of energy for northern Arizona, but is rapidly being depleted and is in jeopardy of losing its capacity to store energy. Currently, the volume of the water at the Dam is only operating at 20%, making it an unsustainable energy source for the reservation.