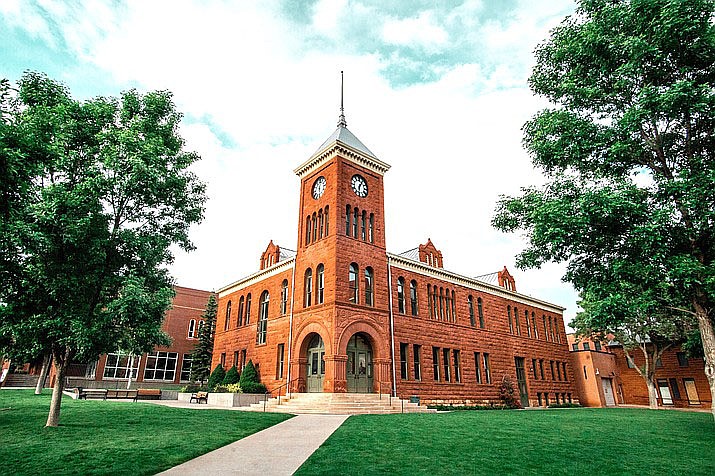 FLAGSTAFF, Ariz. — Northern Arizona University (NAU) announced April 27 it will provide a tuition-free college education for every Arizona resident with a household income of $65,000 or below.

The provision assures that tuition will be fully covered by scholarships and financial aid. According to the university, approximately 50 percent of Arizona households currently meet this financial threshold.

“If you are an Arizona resident and live in a household where your family income is at or below $65,000 per year, which is the current median for the state, you have an opportunity to come to NAU—tuition-free,” said NAU President José Luis Cruz Rivera.

NAU will continue to provide generous financial aid packages for students living in households with incomes above $65,000, the university stated.

These changes take effect for the fall 2023 semester for first-year and transfer students who attend NAU in Flagstaff or at one of the university’s sites throughout Arizona.

NAU’s Access2Excellence (A2E) initiative was created to broaden access to higher education and increase attainment of valuable postsecondary credentials for Arizona residents—fueling economic and social mobility in Arizona and throughout the nation, according to NAU.

Arizona’s economy continues to be among the most prosperous and fastest-growing in the nation, while the state’s educational attainment is among the lowest.

“Affordability of college is top of mind for many, and this program ensures that tuition is not a barrier,” Rivera said. “It’s the embodiment of our university’s commitment to excellence and delivering equitable postsecondary value to all our students. NAU’s high-quality academic programs and exceptional services support students in achieving transformative post college outcomes.”

The initiative builds on other complementary efforts by NAU to address the state’s attainment needs.

In March, NAU launched a pilot program that assures admission for hard-working, qualified students who meet Arizona high school graduation requirements with a 3.0 GPA or higher. This program eliminated an access barrier for thousands of high-achieving Arizona high school students.

“NAU aims to be a leading university for access, success and equitable value. The Access2Excellence initiative is only one in a series of actions aimed at delivering on this mission and better serving all Arizonans,” Rivera said. “There is more to come, including reimaging our statewide footprint, expanding and updating our programmatic offerings and finalizing our Strategic Roadmap to help guide our actions well into the future.”