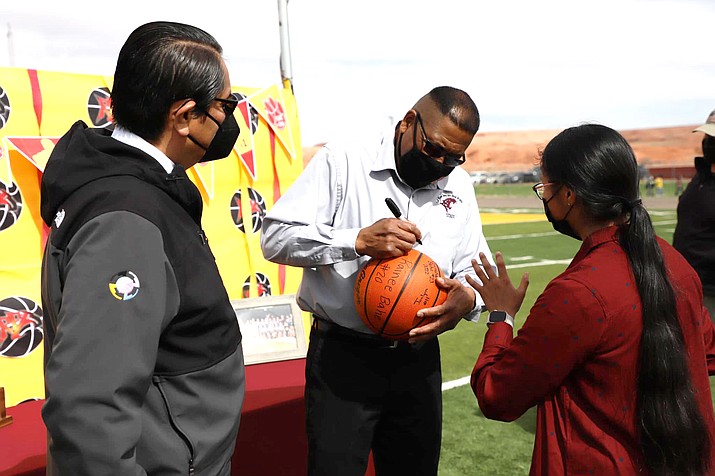 On March 3, the Rock Point Cougars celebrated their recent victory in the 1A Arizona State High School Girls Basketball Championship.

As the No. 2 seed, the 19-1 Rock Point Cougars defeated No. 1 ranked Fort Thomas Apaches, 64-43 in the state championship game Feb. 19 to earn their second state title in school history.

During the event, Navajo Nation President Jonathan Nez presented Head Coach Andrew Reed, Assistant Coaches JoAnn Wilson and Shamiccka Tsosie with the game ball used during the championship game, signed by all of the players. 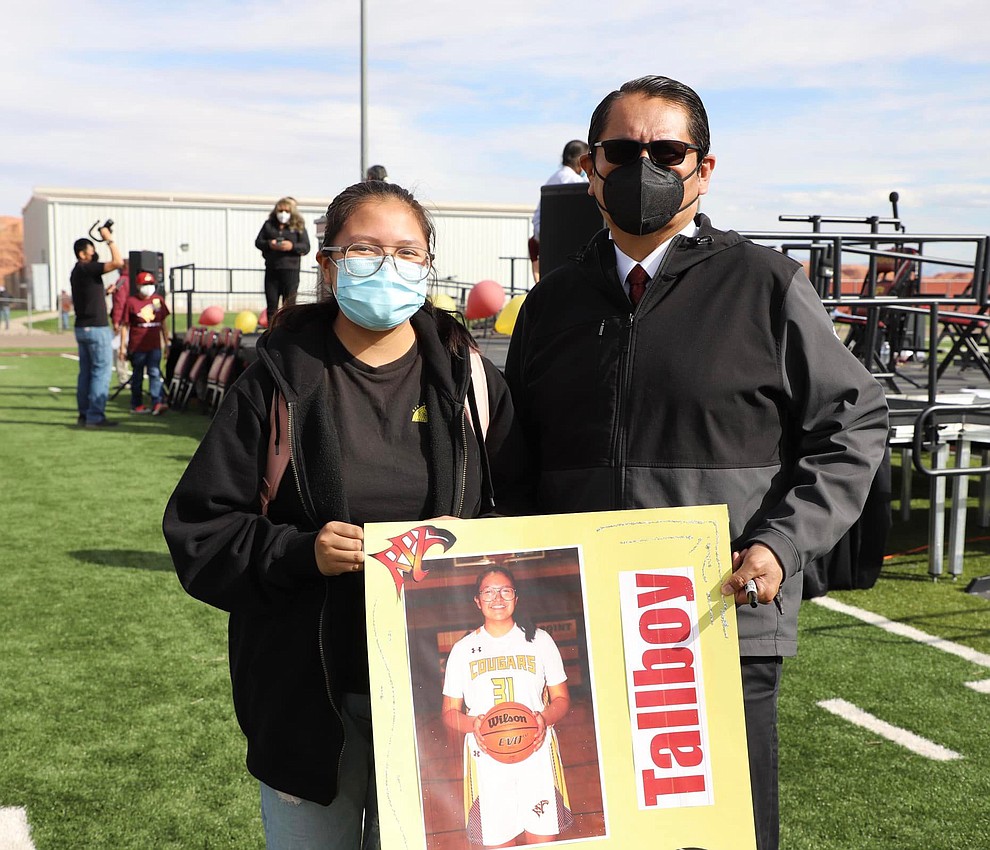 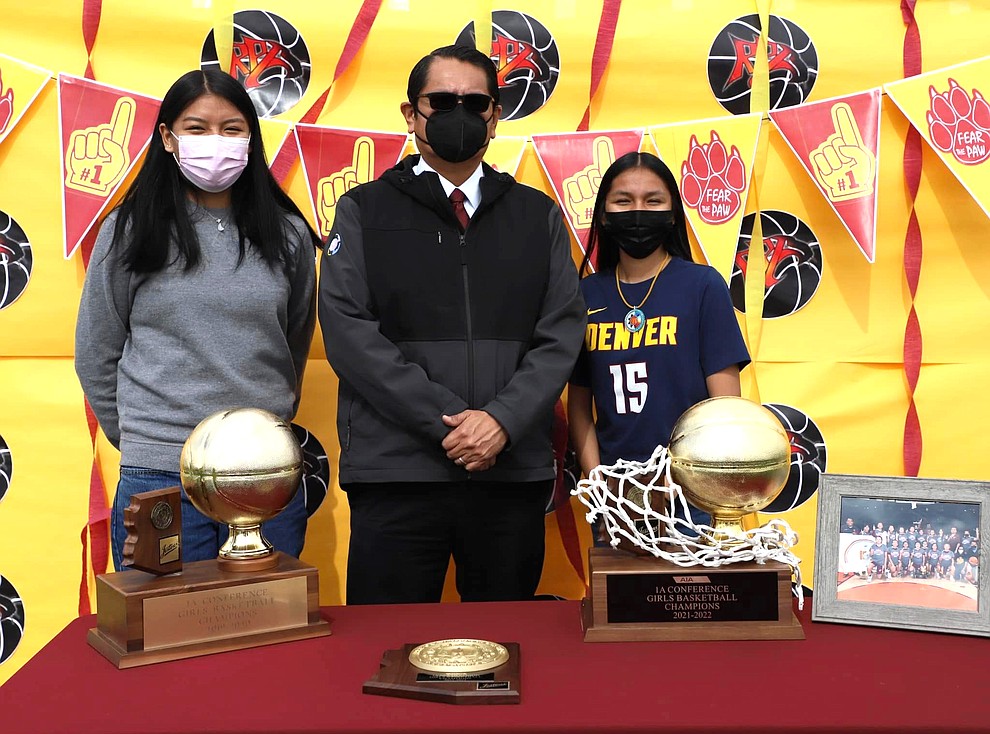 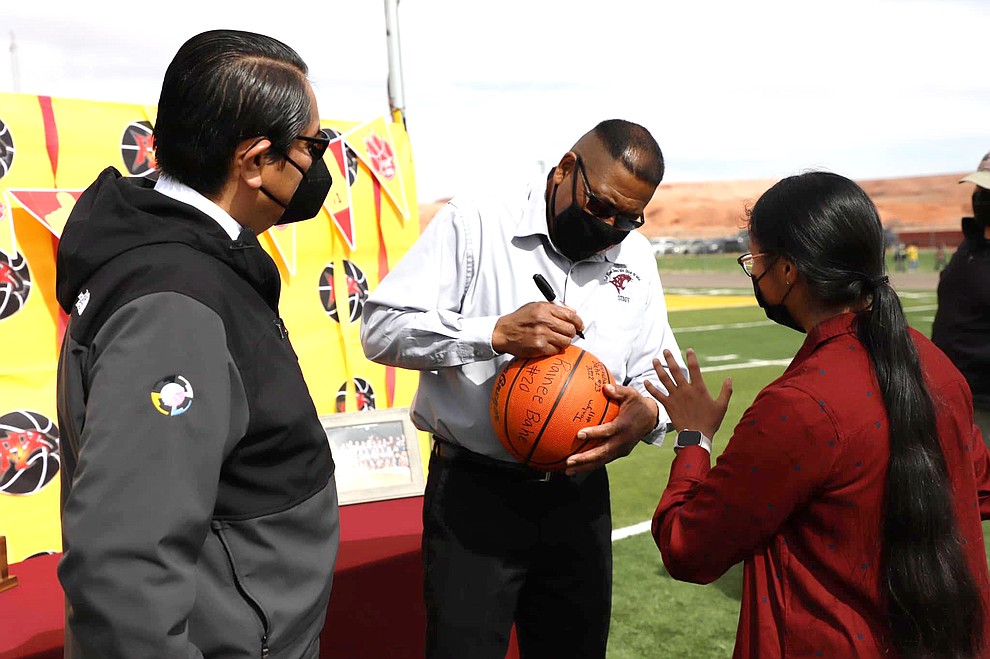 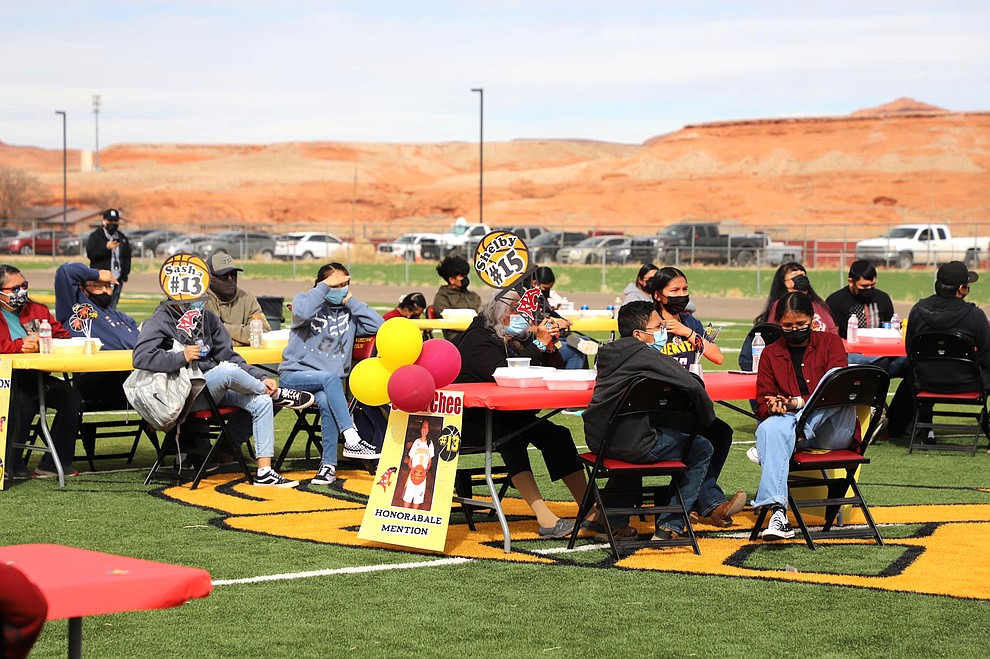 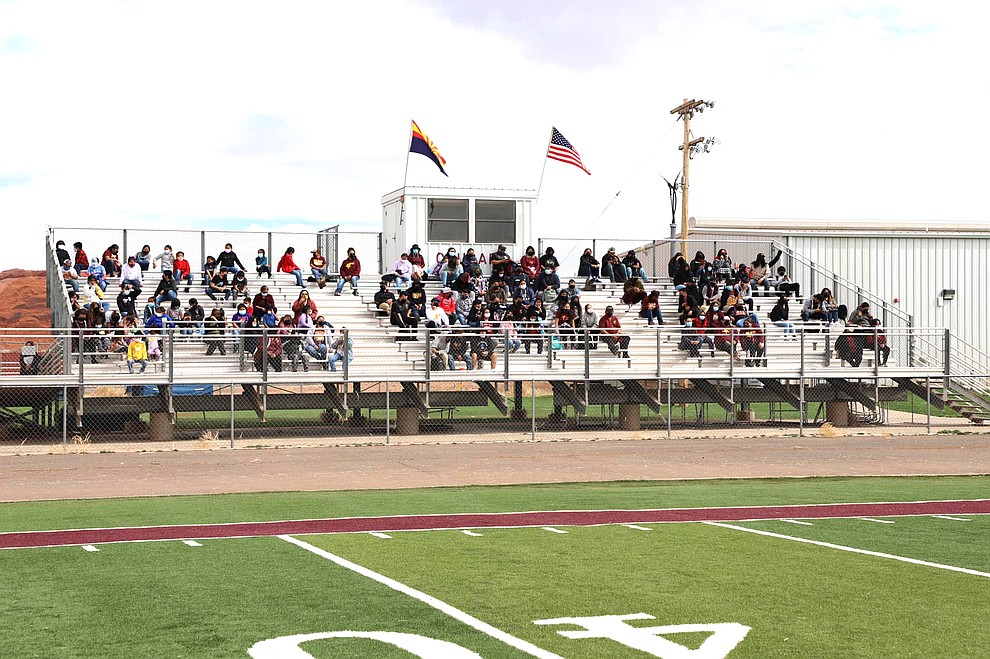 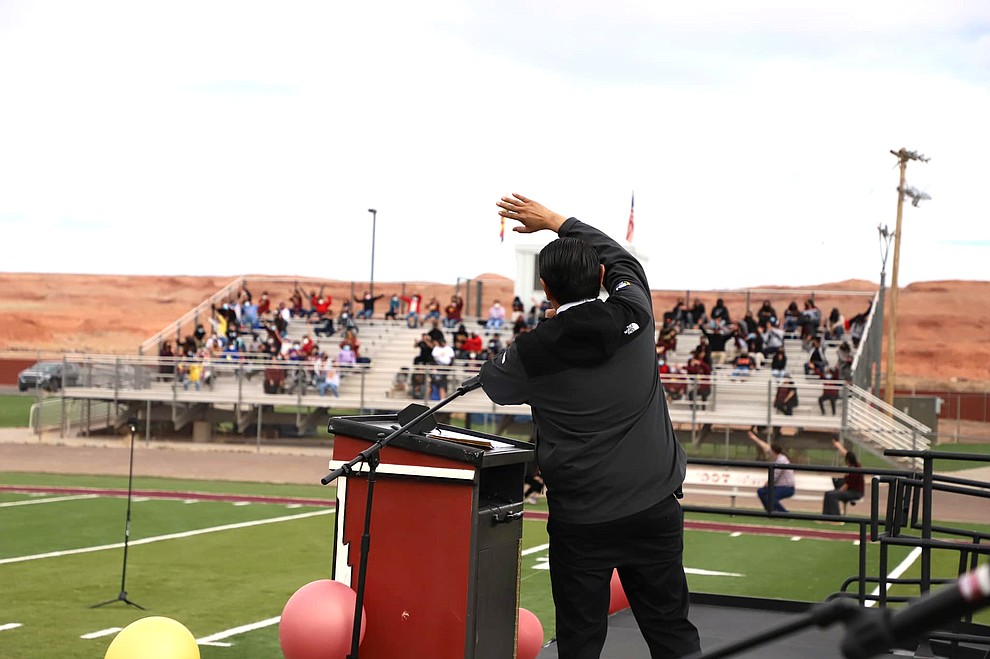 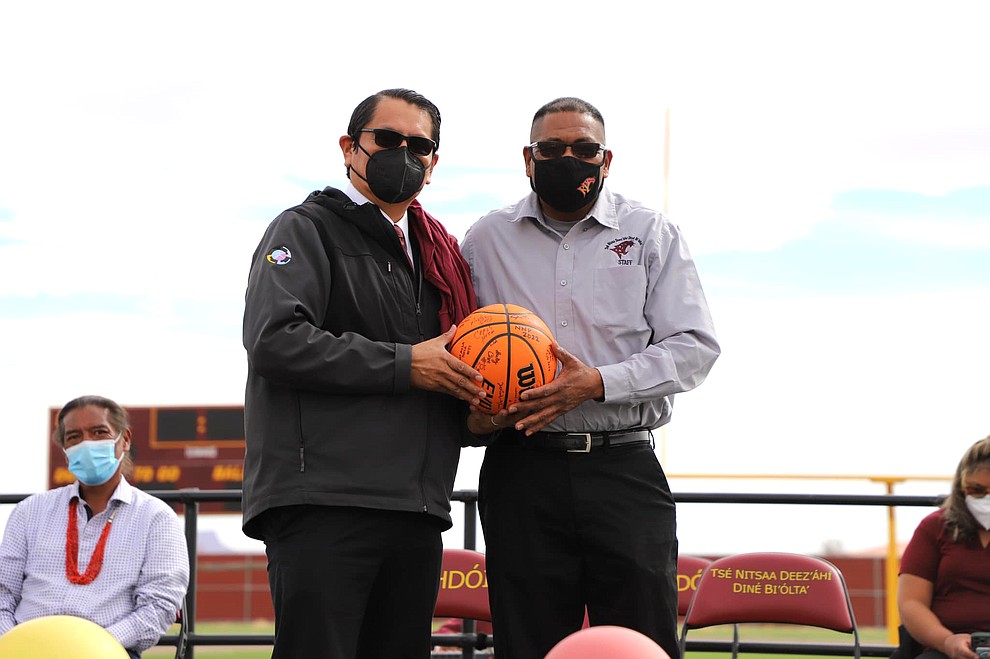 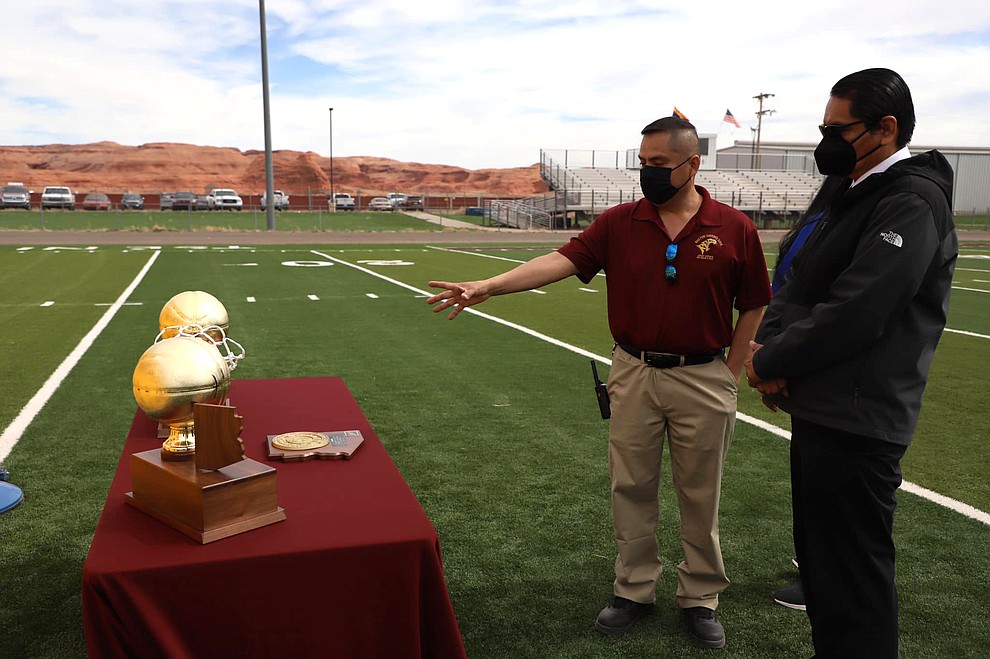 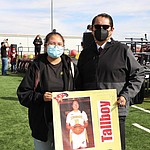 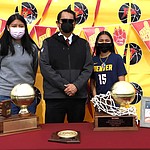 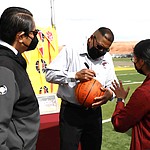 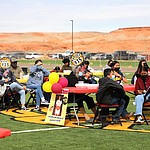 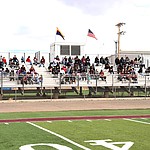 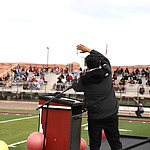 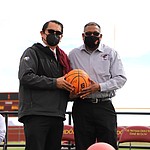 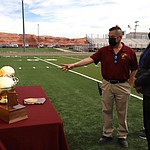 Reed said the Rock Point Lady Cougars are looking to defend their state title for a third straight time with seven players eligible to return next season, including starters Rainee Bahe and Adrianne Begay.

“I’m thrilled to bring another state title back to this amazing community, they deserve it and it’s been an honor to guide these amazing girls to their goals in basketball and beyond. Before we could eat our victory dinner in Prescott, the girls were already telling me they are ready to go for a third title in a row and they deserve a lot of credit for the hard work and discipline they put in during the off-season,” Reed said.