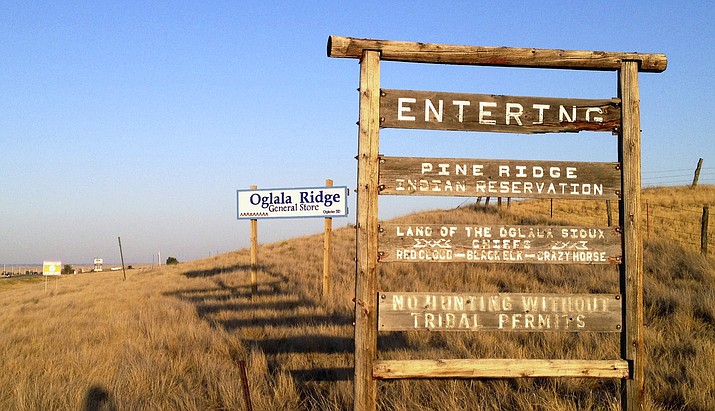 FLAGSTAFF, Ariz. — Calls for imprisoned activist Leonard Peltier, 77, to be let out of prison because of his health and a Jan. 28 COVID-19 diagnosis have increased in recent weeks.

Peltier is serving two life sentences for the 1975 murder of two FBI agents, for which he continues to maintain his innocence.

Peltier, a member of the Turtle Mountain Band of Chippewa Indians, has served more than 43 years in the Coleman Federal Correctional Complex in Florida, some in solitary confinement, for the murders that took place on the Pine Ridge Indian Reservation in South Dakota in 1975. He was convicted of the murders in 1977 and sentenced to two consecutive life sentences.

Rep. Raúl M. Grijalva (D-Ariz.), who is chair of the House Natural Resources Committee, said he spoke to Peltier Feb. 17 to inquire about his health and current clemency status.

“During their phone call, Mr. Peltier described his COVID-19 isolation at the Coleman facility, including difficulties receiving adequate medical attention and gaining access to basic needs, like water,” a press release from Grijalva’s office said. 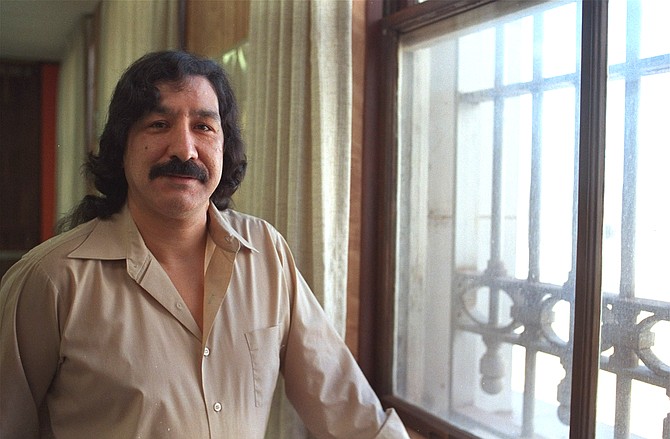 American Indian Leonard Peltier, who is serving two life sentences for the 1975 murder of two FBI agents, is shown in prison, in Feb. 1986. (AP Photo/Cliff Schiappa)

In light of Peltier’s diagnosis and health risks, Grijalva led eight other members of Congress in an updated clemency request to President Joe Biden and the U.S. Department of Justice Feb. 9 because of his underlying health conditions, the amount of time he has already served and the risk of complications due to COVID-19.

“Like far too many of his Indigenous brothers and sisters, Mr. Peltier’s history has been fabricated, rewritten and erased at the hands of the U.S. government,” Grijalva said. “In this case, it is not too late to take a stand against that injustice and move toward making it right. The Biden administration must take this opportunity to correct the record and free Leonard Peltier.”

Ten members of Congress requested the expedited release of Peltier from prison and requested that he be granted clemency in October 2021.

“In the federal government’s response to the COVID-19 pandemic, the Department of Justice authorized the Federal Bureau of Prisons to release elderly inmates and those with underlying health conditions from federal prisons,” the updated letter said. “Since Mr. Peltier is 77 years old and suffers from diabetes and an abdominal aortic aneurysm, we urge you to release him from federal custody and grant him clemency immediately.”

The October letter also indicated how the prosecution of Peltier’s case had evidentiary and procedural issues, such as “a critical eye witness to the shootings later retracting her testimony and admitting that the FBI threatened her. Following a Freedom of Information Act ruling in 1980, Mr. Peltier’s lawyers also discovered that the prosecution had withheld documented evidence that might have assisted Mr. Peltier’s case.”

“International support includes 275,000 signatories on a petition for his clemency,” a press release from Grijalva said. “Even former U.S. Attorney James H. Reynolds, who was instrumental in the prosecution against Peltier, has pleaded with President Biden for Mr. Peltier’s release.”

Peltier’s most recent petition for compassionate release was denied by the U.S. Bureau of Prisons Feb. 15.