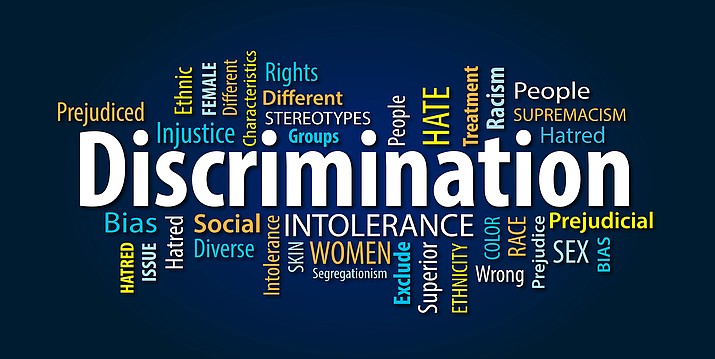 FLAGSTAFF, Ariz. — Native American workers who experience racial discrimination in the workplace have steps they can take to hold their employer accountable, according to Employment Law Help, an independent organization which provides information on employee rights.

Title IV of the Federal Civil Rights Act says that employers cannot discriminate against employees because of their race, sex, place of birth or religion.

“Your employer is breaking a federal law by discriminating against you or allowing you be discriminated against in the workplace,” Moliere said.

The EEOC operates in every state and employees can file a complaint with the EEOC no matter what state they live or work in.

There are 44 states where the EEOC has a work share agreement. If an employee is in one of those states, the state will receive copies of all of the documents submitted and the state will investigate the employer also.

What are examples of racial discrimination that Native Americans face?

Being passed over for raises or promotions

If you are not getting regular raises but other employees are that’s discrimination. And if your coworkers are given the chance to be promoted, but you have never been given the opportunity for a promotion that could be discrimination.

Hourly workers who are subjected to last minute schedule changes, switched shifts, or having their hours cut are being discriminated against. Weaponizing your schedule is discrimination.

Paying some employees less than others

All of the employees at your workplace who are doing the same job should be paid the same salary. If you’re being paid less than other employees, that’s discrimination.

Next steps to take

Documenting what is going on is very important. Your bosses may not be aware of the discrimination that is happening to you.

Create a list of all the incidents of discrimination that you have experienced that includes the date and time of the event, who was involved, and what happened.

Also make copies of any evidence of the discrimination that you have like emails, screen shots of chats, or photos and videos of the things you’ve experienced.

Take copies of everything to your boss and explain what’s going on.

“Your boss should be horrified and want to help you,” Moliere said. “If your boss dismisses your concerns or won’t help you, then just go to the EEOC’s website and file a complaint.”

“If your employer is found to be engaging in or allowing discrimination you could be entitled to damages,” Moliere said. “You could be promoted. Or you could receive lump sums of money for lost wages and for pain and suffering.”