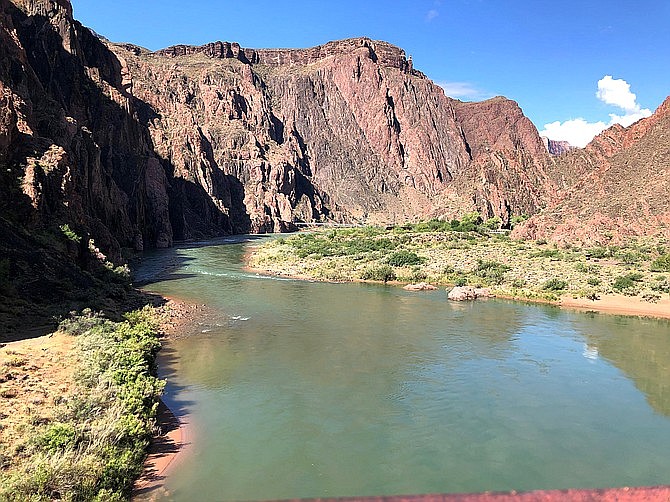 WASHINGTON — The federal agency in charge of managing much of the West’s water warned June 14 that it will act unilaterally to reduce water usage in the Colorado River Basin if state and tribal leaders can’t reach an agreement this summer.

Bureau of Reclamation Commissioner Camille C. Touton told a U.S. Senate committee that states within the region will need to cut usage between 2 million and 4 million acre feet in 2023 to protect the Lake Mead and Lake Powell reservoirs.

For now, Touton said, the bureau is “pursuing a path of partnership,” though she noted the agency has the authority “to act unilaterally to protect the system.”

“There is so much to this that is unprecedented and that is true. But unprecedented is now the reality and the normal in which Reclamation must manage our systems,” she testified. “A warmer, drier West is what we are seeing today.”

Touton said the Bureau of Reclamation is currently prioritizing short-term actions to prevent Lakes Mead and Powell from reaching dead pool, a condition where water levels get so low they can’t flow past a dam.

“This is the priority for us, between the next 60 days to figure out a plan to close that gap,” she said.

This schematic diagram shows the elevation of three water intakes that move water from Lake Mead to the city of Las Vegas. The newest intake — Intake 3 in the diagram — is about 220 feet below the lake’s 2015 surface elevation. (Public domain map via the U.S. Climate Resilience Toolkit)

The hearing in front of the U.S. Senate Energy and Natural Resources Committee gathered together officials from the Environmental Defense Fund, the Family Farm Alliance and the Southern Nevada Water Authority to look at short- and long-term solutions for extreme drought.

John J. Entsminger, general manager of the Southern Nevada Water Authority, told panel members that while the situation is bleak, it’s not unsolvable.

“I can assure you from on the ground that the ominous tenor of recent media reports is warranted,” Entsminger said.

The solution, he said, is working toward “a degree of demand management previously considered unattainable.”

Entsminger pointed to his home state of Nevada as an example for others in the region to follow, noting that while the state’s population has increased by 800,000 people during the last two decades, its water consumption dropped by 26%.

The state, which gets 1.8% of the Colorado River Basin’s water allocation, has paid residents to remove grass, set a mandatory irrigation schedule and enforced water waste rules.

He said that long-term solutions cannot just focus on residential and urban water use, but must include changes to how farms operate in the region.

“I’m not suggesting that farmers stop farming. But rather that they carefully consider crop selection and make the investments needed to optimize irrigation efficiency,” he said.

The Alliance formed three decades ago to “ensure the availability of reliable, affordable irrigation water supplies to Western farmers and ranchers” in 17 states.

O’Toole cautioned that taking water away from farms would increase the amount of food the United States needs to import from other countries.

“We are about to do with agriculture what we did with manufacturing and let it go overseas,” O’Toole testified.

New Mexico Democratic Sen. Martin Heinrich, a member of the panel, pushed back against the committee using the term drought to refer to the situation in Western states, using aridification instead.

That word refers to a region gradually moving to a drier climate, whereas drought often refers to a shorter term reduction in water.

“This is not some random event, it’s frankly a direct result of the lack of action on climate that we have seen for more than 20 years,” Heinrich said. “And we all collectively own that.”