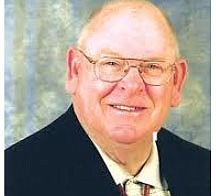 Visitation will be held June 16 from 4-7 p.m. at Greer’s Mortuary in Winslow. There will be a honk-out following the funeral mass from St. Joseph’s Catholic Church to Winslow High School and the community is encouraged to join.

Winslow High School staff said they expressed their deepest condolences for his loss and their hearts went out to everyone who knew and were inspired by Petranovich.

“It was a privilege to work alongside him during part of his 44 years at Winslow High School,” they posted on Facebook. “He is an inspiration to many people, not only as leader in the Winslow community, but throughout the state as an AIA representative.”

Petranovich was instrumental in developing one of the strongest basketball programs in the state of Arizona where he retired from coaching with 780 wins in 33 years. He was awarded many honors, including being named Arizona Coaches Association Coach of the Year on several occasions, National Regional Coach of the Year, a member of the Arizona Coaches Association Hall of Fame and Arizona Athletic Director of the Year. After he retired, he was honored as the winningest girls’ coach during the 20th century, though someone else holds that honor now.

“We have been very fortunate at Winslow as he developed a respectable athletic program. He built on a solid foundation. He became the pride of northern Arizona with students from all over coming to school at Winslow for its academics and athletics,” Winslow staff said. “There isn't a single person who has advocated more for athletics and the students than Mr. Petranovich. Petro has cared for every single student who has come through those doors by trusting athletes, challenging them, getting to know them and inspiring them.”