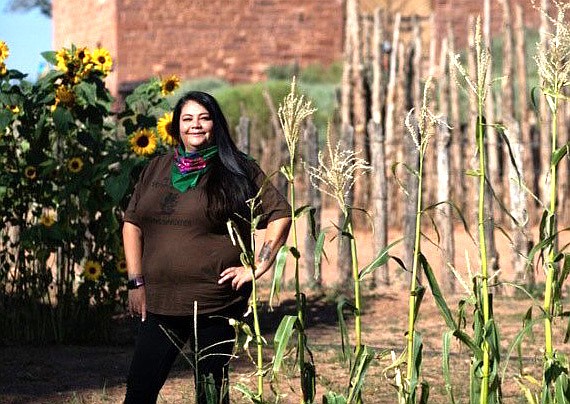 During the event, nightly speakers take the floor at the South Rim Visitor Center at 8 p.m. to share their love and work for night skies. Closing out the series June 25 is Autumn Gillard’s talk “The Amazing Nuwuvi Universe.”

“What I’m looking forward to at the Grand Canyon Star Party is to bring an Indigenous perspective to astronomy, specifically a Southern Paiute,” she said. “I’ve never been to the South Rim to attend a star party or been invited to give (a talk), so I’m super excited about that.”

Pipe Spring National Monument is located in northern Arizona and is in a unique position with dark skies since it is surrounded by the Kaibab Band of Paiute, which received the first global designation of “Dark Sky Nation” in April 2015 from the International Dark Sky Community.


Gillard is currently the administrative assistant at Pipe Spring National Monument and previously worked for five years as an interpretive ranger. It was at the park that she picked up her talent for the dark sky program. One of the driving forces for Gillard’s involvement was her cultural perspective about the dark sky and its significance for Indigenous people, as well as cultural connections to the stars and planets.

Gillard’s Indigenous perspective started in Salt Lake City, Utah, where she was born and raised by her grandmother, who followed traditional teachings.

Gillard said her grandmother instilled in her from a young age the desire to watch the sky, which would then help determine which ceremony their family would be involved in for the year.

“Growing up in Salt Lake City,” Gillard said. “I grew up in the inner city and so I came from a lower economic background. Growing up my mother would take me to ... the Clark planetarium. That was a way to escape our reality … and the dark sky even though we can’t see it in the city it still plays a part in our lives.”

In the Southern Paiute understanding, the night sky and the solar system, is understanding who they are as human beings, according to Gillard.

For many Southern Paiute they are finding more ways to connect to their ancestors and one of them is through the night sky and its traditional stories according to Gillard.

“I think just having the opportunity to be able to be a Southern Paiute descendant and come to the South Rim is fantastic,” she said. “And (to) speak about these cultural views and bringing Southern Paiute recognition in terms of we’re not only able to do traditional cultural stuff is that we are scientists as well.”