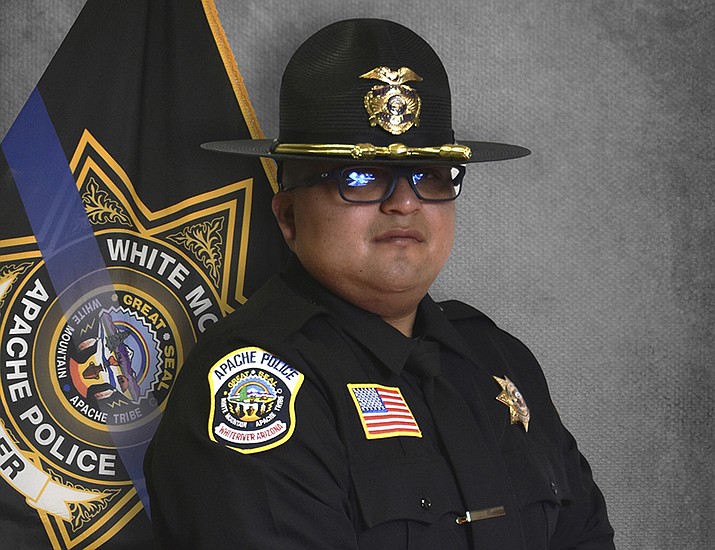 Officer Adrian Lopez Sr., 35, was shot and killed during a traffic stop June 2 in the town of Whiteriver on the Fort Apache Indian Reservation. (Navajo County Sheriff's Office)

Lopez lost his life in the line of duty while responding to a call June 2.

On behalf of the Navajo people, President Nez presented a condolence letter to Officer Lopez’s wife, Lushana Lopez, their two children, and relatives. The funeral service drew support from law enforcement officers from across the country, numerous counties, and many other tribes. White Mountain Apache Tribal Chairman Kasey Velasquez, Navajo Nation Chief of Police Daryl Noon, and Navajo County Board of Supervisors Dawnafe Whitesinger were in attendance as well.

“Today, we grieve alongside our brothers and sisters from the White Mountain Apache Tribe and we offer our thoughts and prayers for Officer Lopez’s wife Lushana, his children, his family, his fellow officers, and many others who were a part of his life. Officer Lopez was a special person and a friend to all as he gave so much of himself to serve and protect the people of the White Mountain Apache Tribe. We will always honor and remember him for everything he sacrificed and for the lives that he saved throughout his law enforcement career,” Nez said. 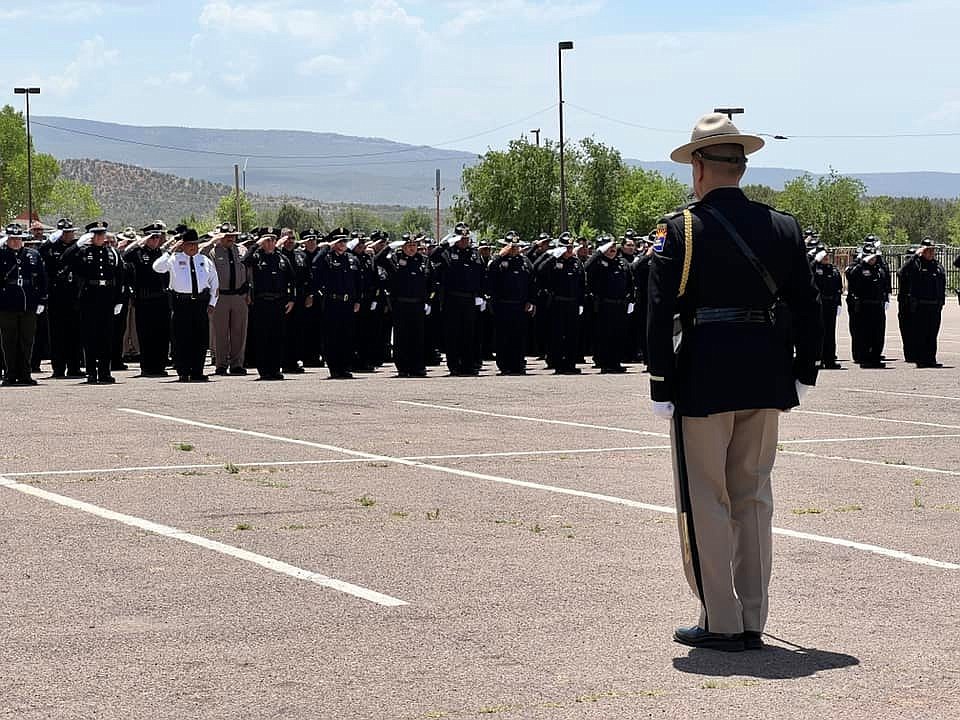 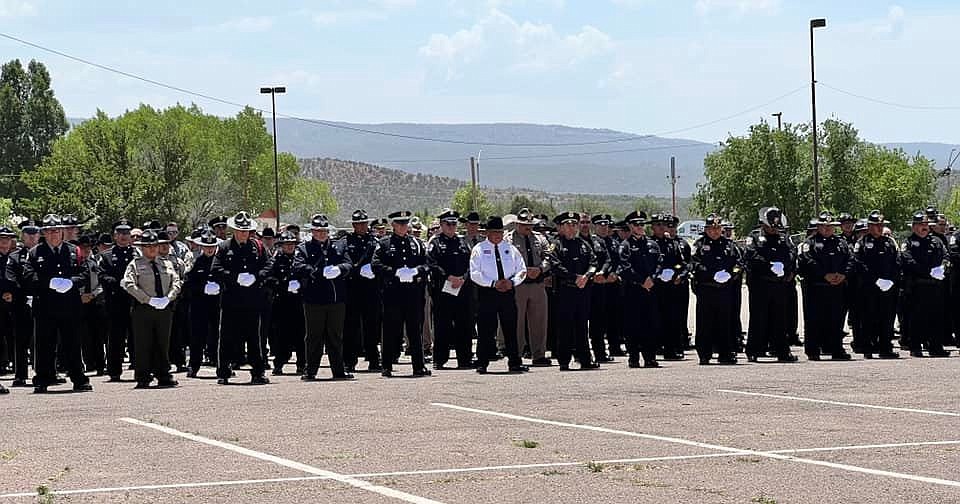 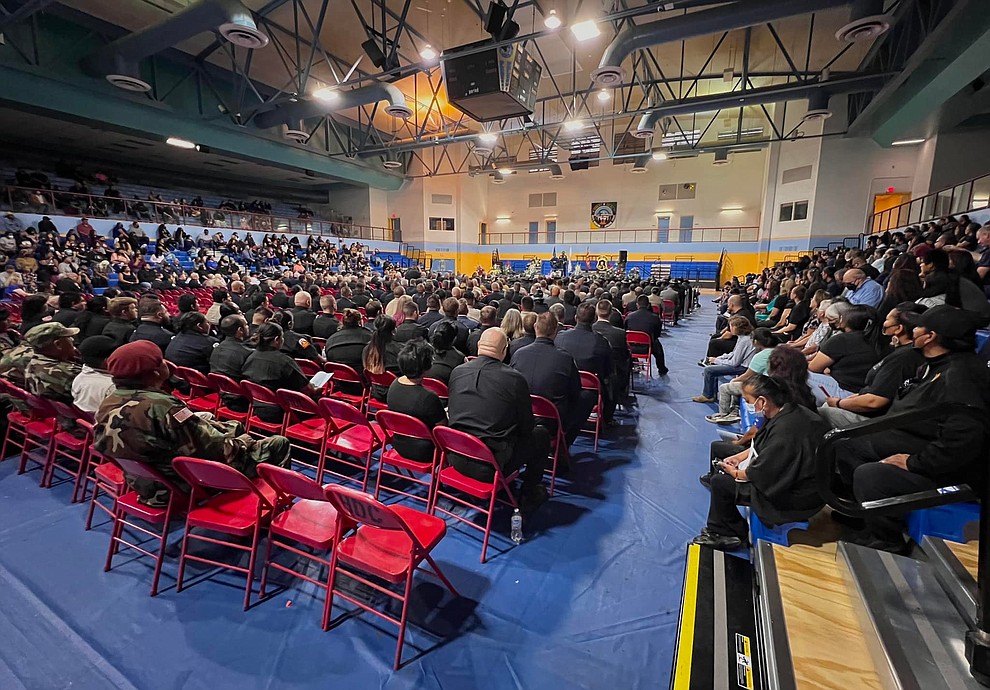 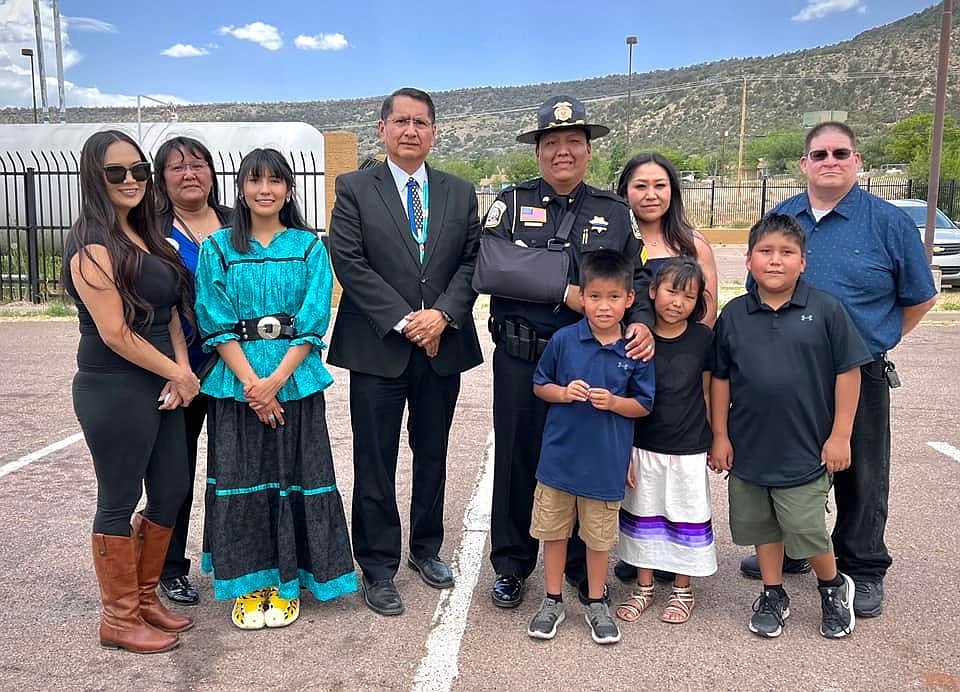 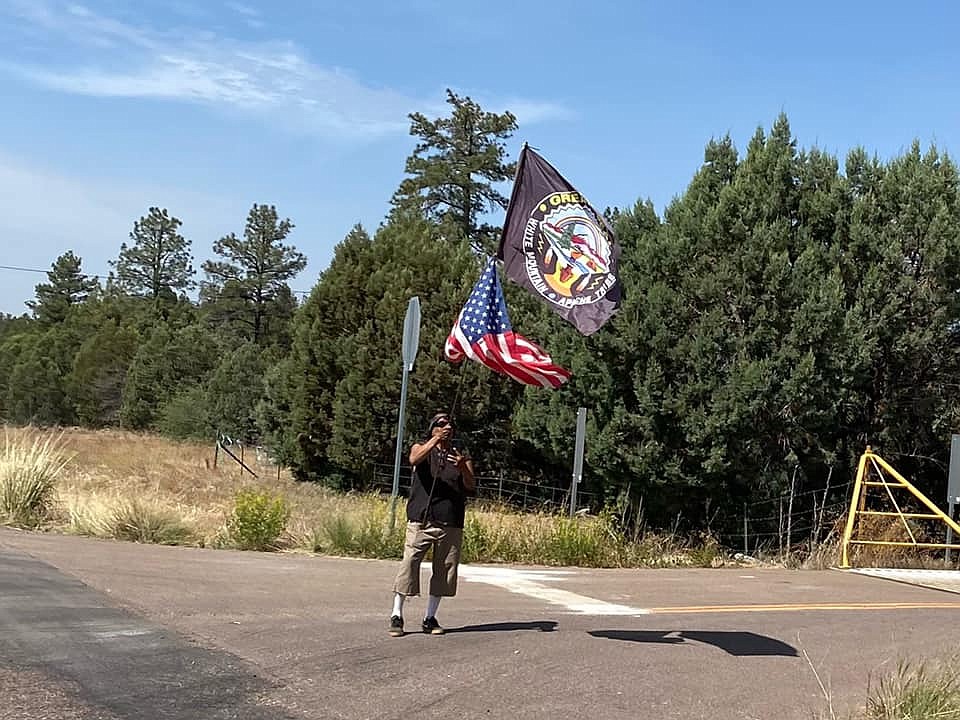 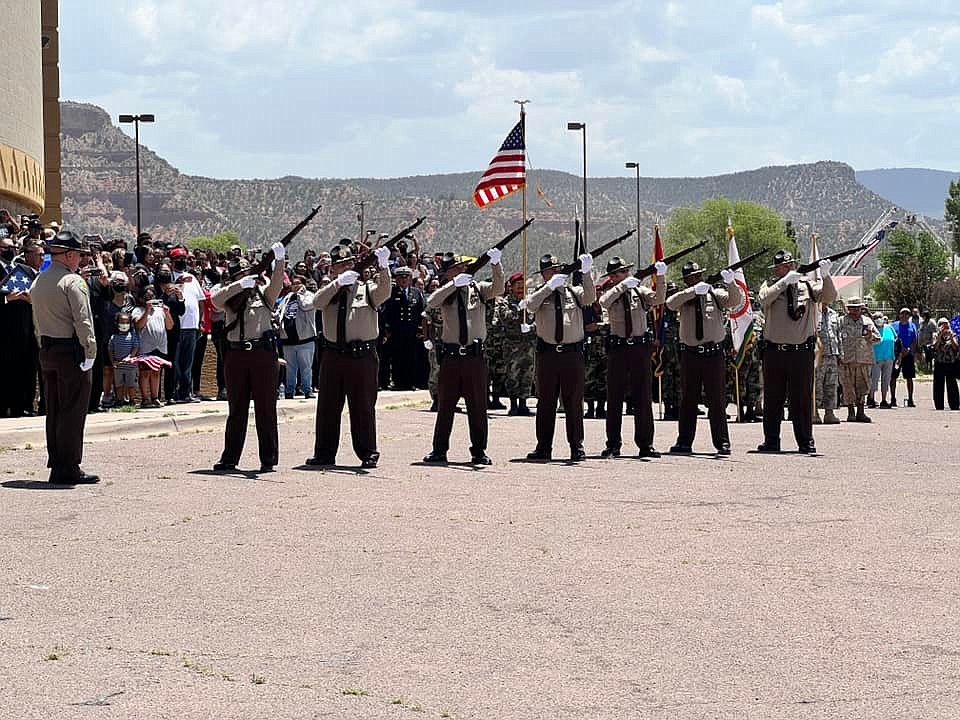 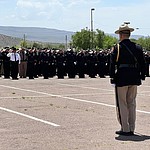 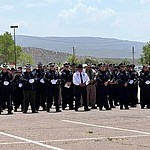 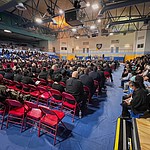 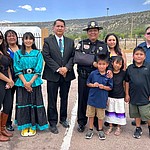 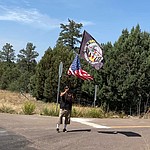 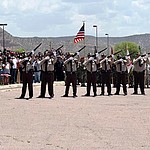 Nez also accompanied over 150 law enforcement officers from multiple jurisdictions, including federal state and tribal police, to escort Lopez and his family during the funeral precession. Many community members paid their respects along the way to honor Lopez, who lost his life in the line of duty June 2.

“The White Mountain Apache Tribe is grieving alongside the family of Fallen Officer Adrian Lopez, Sr. Our Tribe has been in a state of incredible sorrow as we begin to recover from the loss of Officer Lopez, supporting Officer Lonnie Thompson as he heals from his injuries, as well as helping comfort all the families affected by this incident, “said White Mountain Apache Chairman Kasey Velasquez. “We are immensely grateful to President Nez, the Navajo Nation, and the Navajo Nation Police Department for supporting the White Mountain Apache Tribe and stepping in to protect our community as we mourn the loss of our Fallen Officer.”

During the service, Lopez was remembered as a kind, fun, and generous person who loved his family and his fellow officers very much.

On June 6, the police department and community members came together to hold a candlelight vigil to honor Lopez and offer their thoughts and prayers to the family.

“The Navajo people are greatly saddened by the loss of Officer Lopez. To his wife, family, and all of the people of the White Mountain Apache Tribe, we want you to know that you remain in our prayers each day. Please take comfort in knowing that Officer Lopez is now in the hands of our Creator,” said Vice President Myron Lizer.