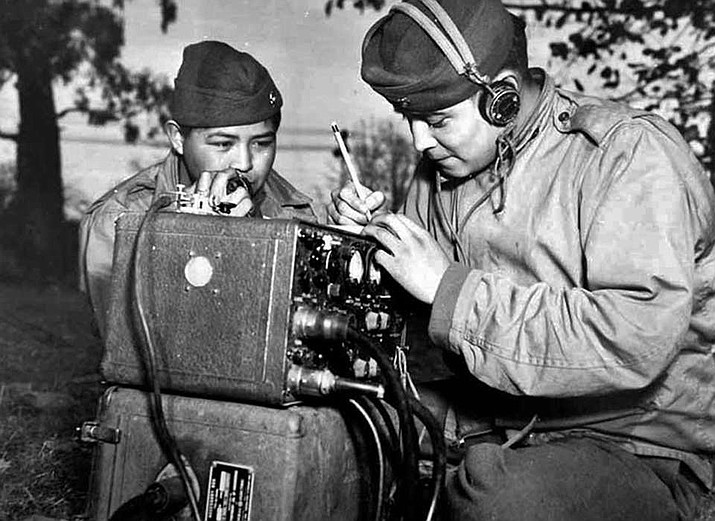 While there have been some studies done on the land that will eventually hold the museum, the project needs money, presenters told New Mexico lawmakers on the Indian Affairs Committee during a July 11 meeting at the Bááháálí Chapter house.

“We’re at a crossroads now to where we are pursuing any avenue of funds to build this museum,” said Regan Hawthorne, chief executive officer of the Navajo Code Talkers Museum Inc.

With four code talkers still alive, it is urgent to have the museum built and operating, he said.

His father, Roy Hawthorne, was part of the elite group that numbered about 400. The elder Hawthorne died in April 2018.

Approximately 300 acres has been designated for the structure near the Navajo Division of Transportation complex and its cost is estimated at $46.6 million, according to presenters.

Regan Hawthorne said the nonprofit organization is committed to seeking funding for the museum.

In 2019, the Navajo Nation received $1 million in capital outlay money from the state Legislature for the museum, the Daily Times reported. About $191,000 was used to pay for planning and survey services, leaving roughly $800,000 for the project.

Hawthorne asked that the remaining amount be transferred to the nonprofit organization. However, he said that he understands if regulations prevent that type of action.

Paulson Chaco, chief of staff of the Navajo Nation Office of the President and Vice President, said the president’s office is making sure the capital outlay money is used accordingly and the office supports having the museum come to fruition.

While updates about the project are welcomed, the state is not allowed to fund nonprofit organizations with capital outlay money or through the general fund, said state Rep. Patricia Lundstrom, D-Gallup.

“We don’t do that with state dollars. If it happens, it has to flow through another government and it’s usually through a contract process. I don’t know if they would qualify for sole source or not,” Lundstrom said.

State Rep. Anthony Allison, D-Fruitland, said he supports the museum but is concerned about the tribal government overseeing its operations and maintenance because that tends to be neglected.

“I do not want that to happen to this Navajo Code Talker Museum,” Allison said.

State Sen. Shannon Pinto’s grandfather was a Navajo code talker. The Tohatchi Democrat asked how much money the Navajo Nation has put into the project and whether the tribal government allocated any money for it from its annual budget.

Chaco said the tribe has not distributed any money for the museum.

“We are responsible for pursuing and attaining and successfully operating the national code talkers museum,” he said.

According to the nonprofit organization, the association was registered as a charity organization and the IRS required its membership to consist of a high percentage of code talkers.

“As our men, those who served in the United States Marine Corps as Navajo Code Talkers grew elderly, and less able to actively participate in NCTA functions, the need to create an alternative for their legacy became clear,” the organization stated.

The organization will hold a groundbreaking for the museum at its site on Aug. 14, which is Navajo Code Talkers Day.