Woman is 3rd-generation fire watcher in Arizona for 30 years 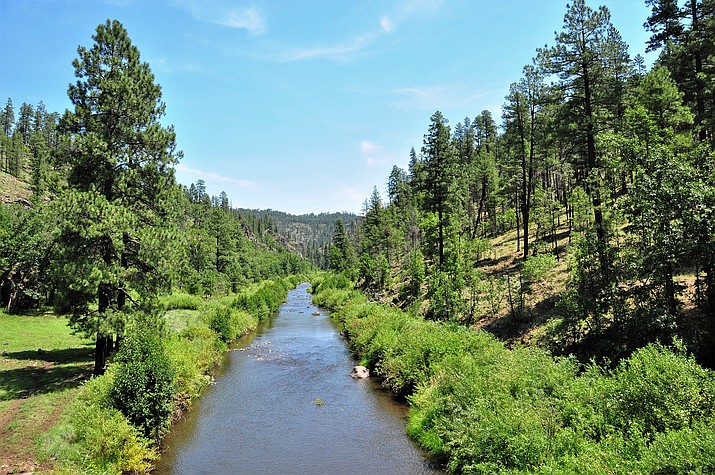 PHOENIX (AP) — Janie Croxen Ringleberg is a fire watcher who practices her violin for upcoming performances with the White Mountain Symphony Orchestra while watching for smoke from 31 feet off the ground.

Her grandfather is believed to have been the first fire lookout in Arizona, stationed at the Woody Mountain tree stand near Flagstaff in 1910.

For the past 30 summers, except for the one after she gave birth to her daughter, Ringleberg has called in to the Springerville Interagency Dispatch Center at 8 a.m. before she starts her shift as one of the few remaining paid fire watch tower employees anywhere.

At one point, Arizona had 120 active lookouts, according to the Forest Fire Lookout Association.

As of 2011, only 77 towers were still standing and 58 were last known to be staffed by temporary employees or volunteers.

She grew up hearing Forest Service stories and majored in wildlife ecology at the University of Arizona.

Ringleberg applied for a job with the Forest Service her first year out of college and was hired to be on a firefighting engine crew.

Then a supervisor for the lookout towers needed to fill a position for somebody who had left.

“So she said, would you like to come to work? And the rest is history. I did go to work, and I’ve been here ever since,” Ringleberg said.

This year, she has been working 10-hour days six days a week since May 8.

But Ringleberg still has time to bring her violin up to the tower and said she’s “able to practice while shuffling some looks around to make sure that I’m keeping up on what’s happening in the landscape around me.”

Another aspect of her job is welcoming tower visitors.

“I enjoy having them because everybody is interesting, everybody comes from a different walk of life. I get upwards of 1,000 people each season visiting up here,” Ringleberg said. “My tower is 11 by 11 (feet) in dimension, so there is room for visitors to come up and it’s just 31 feet off the ground, so that’s not too intimidating for a lot of people.”

Ringleberg said she has has the same level of vigilance now that she did 30 years ago.

But with two grandchildren now, she knows she can’t do the job much longer.

“It’s going to be emotional for me to give this up. I do want it to be continued,” Ringleberg said. “There’s probably somebody out there who is going to take it over for me.

“And that’s wonderful because I want this tower to be enjoyed and utilized by the public and to continue to be a service to this urban interface. That’s my great hope, that somebody will come along who has as much interest in it as I have had over the years,” she said.