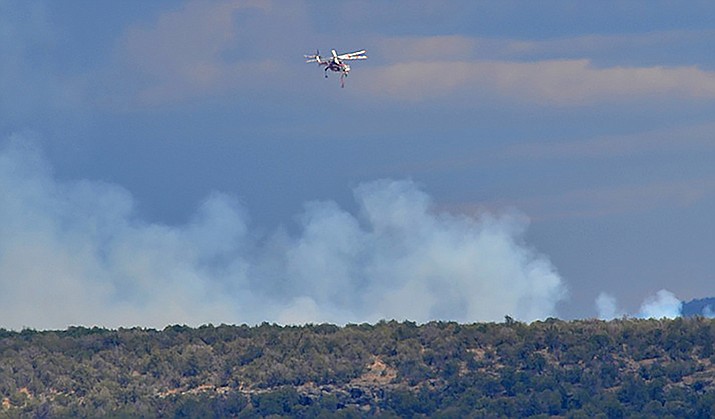 The Casner wildfire can be seen from Interstate 17 looking east about 5 miles north of the Sedona State Route 179 exit. (VVN/Vyto Starinskas)

The fire was reported at 10:55 a.m. and its cause is under investigation, according to a Coconino National Forest news release.

The Casner Fire could be seen from Interstate 17 looking east about five miles north of the State Route 179 exit. Smoke could be seen as far away as Jerome. 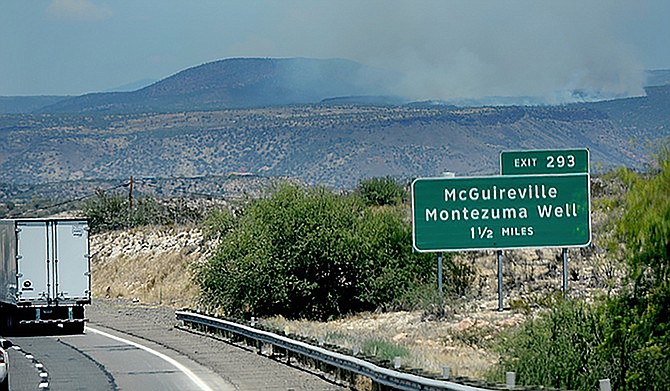 The fire was moving in a north/northeast direction. No structures were threatened at the time of the release, pointed out the forest service.

The smoke is dissipating rapidly, but the impact may be felt at night as it settles into the Verde Valley, depending on wind direction, USFS stated. 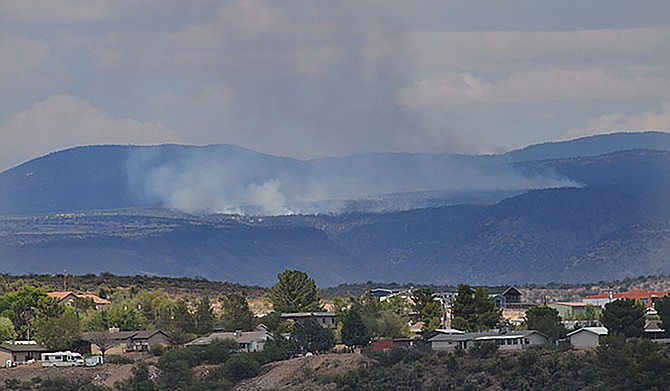