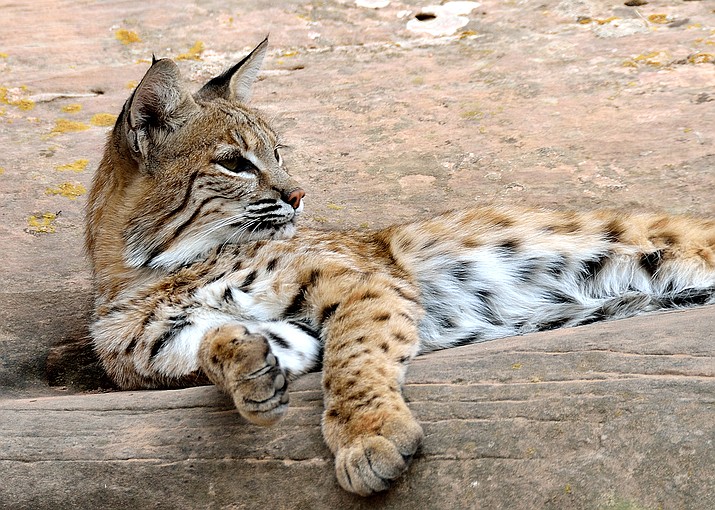 A bobcat rests at the Navajo Nation Zoological and Botanical Park in Window Rock. The zoo has more than 100 animals that are mostly rescued and rehabilitated. (Stan Bindell/NHO)

WINDOW ROCK, Ariz. — With more than 100 animals, the Navajo Nation Zoological and Botanical Park, the only tribally-owned zoo in the United States, helps injured and orphaned animals and educates students and the public about wildlife.

“We also have some locally rare Golden Eagles,” he said. “We will also being getting some new Mexican Gray Wolves soon.” 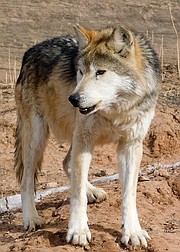 A bobcat rests at the Navajo Nation Zoological and Botanical Park in Window Rock. The zoo has more than 100 animals that are mostly rescued and rehabilitated. (Photo courtesy Navajo Zoo)

A Golden Eagle sanctuary houses 18. Zoo staff retain the feathers shed from the eagles and give them back to Navajos through a permit process. The feathers are free. Instead of being called an exhibit, the Golden Eagles reside in a sanctuary because this is where the golden eagles will call home the rest of their lives as the zoo makes sure they are fed, well-cared for and that all their needs are addressed.

Mikesic, who has been with the zoo for 12 years, said the Golden Eagle Sanctuary is well attended.

“But we hope that people enjoy everything else,” he said.

Mikesic said the Navajo Zoo is family friendly and also a place for people to gather.

“The zoo provides a wonderful location for families to come to learn about the culture and the connection to animals,” he said.

Mikesic said the zoo also has a playground and a food pavilion that can be rented out for special events.

“We’re more than just a zoo. We hope that people think of us as a community destination where they can spend the day. These days there aren’t a lot of places people can go with their families, so that’s important,” he said.

Now, they are getting close to normal attendance with about 45,000 visitors during the past year. In the past, the Navajo Nation Zoo also had a special Halloween event that would bring in about 5,000 people for the day. They hope that event can return in the fall.

The Navajo Nation Zoo has six full time employees, one temporary employee and several volunteers with more volunteers used during the summer, especially from the chapter houses or workforce development.

The Navajo Nation Zoo originated in the 1960s at the fairgrounds in Window Rock before moving to its present location in 1977. Most of the animals are from the Southwest or the Navajo Nation.

“We try to teach our traditions and culture and how we relate to animals. We make that tie whether it’s with the Navajo Nation people or people from around the world,” Mikesic said.

The Navajo Nation Zoo is open from 10 a.m.-5 p.m., Mondays through Saturdays. It is closed on Sundays.

More information is available on the Navajo Nation Zoo’s website at www.navajozoo.org.