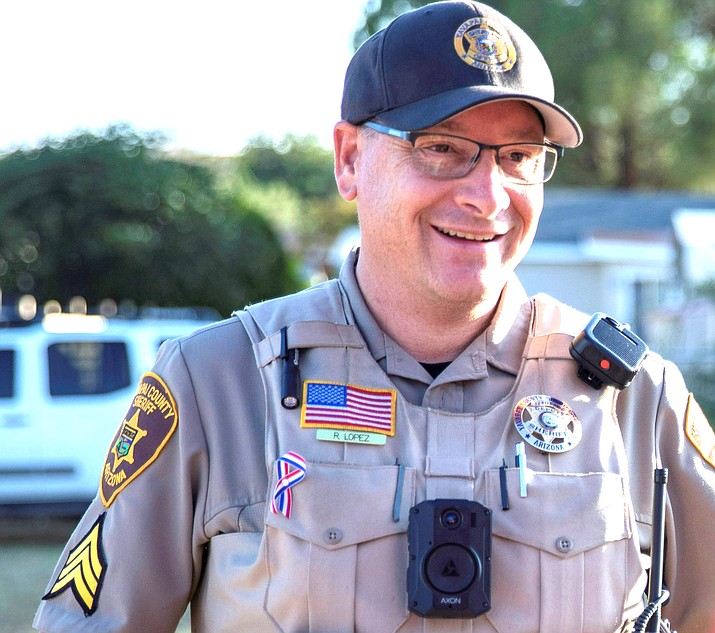 WILLIAMS, Ariz. — A suspect has been named in the death of a Yavapai County Sheriff’s Office (YCSO) deputy, who was shot in Cordes Lakes June 28.

The Sheriff’s Office has charged Robert McDowell, 61, of Mayer with first-degree murder in the fatal shooting of Sgt. Rick Lopez, who died later Tuesday night.

“The [Arizona] Department of Public Safety will oversee the investigation,” the YCSO reported June 29. “As we learn more details about the horrific circumstances of last night’s events, we will provide updates to the public.”

YCSO Public Affairs Director Kristin Greene confirmed Lopez’s death Tuesday and added that the suspect, who had barricaded himself after the shooting, was apprehended.

Prescott Mayor Phil Goode stated June 29 that he was disheartened to learn the news.

“I was deeply saddened to learn of the death of Yavapai County Sheriff’s Deputy Sgt. Richard Lopez, in the line of duty yesterday, on June 28th,” Goode said. “I would like to express my sincere condolences to the family and friends of Sgt. Lopez, to the Yavapai County Sheriff’s Office, and the entire law enforcement community. I am sure that the rest of the [Prescott City] Council and staff join me in mourning this tragic loss.

“On the eve of the ninth anniversary of the Granite Mountain Hotshots tragedy, a loss like this reminds us of the sacrifices our first responders make every day, putting their lives on the line to protect the citizens of Yavapai County,” Goode continued.

Rhodes stated the YCSO does not have a lot of facts, and the investigation is underway.

Rhodes said Lopez, known as “RLo,” had been at the YCSO for 14 years, after a career in business management. He served as a detective and on the SWAT team, and volunteered with events including Shop with a Cop. He leaves behind a wife and two daughters.

“These are people out there serving the community ... and they do not deserve this,” Rhodes said.