Letter to the editor: Casey Lee: "Biden’s win on infrastructure is a win for Arizona’s Tribal communities" 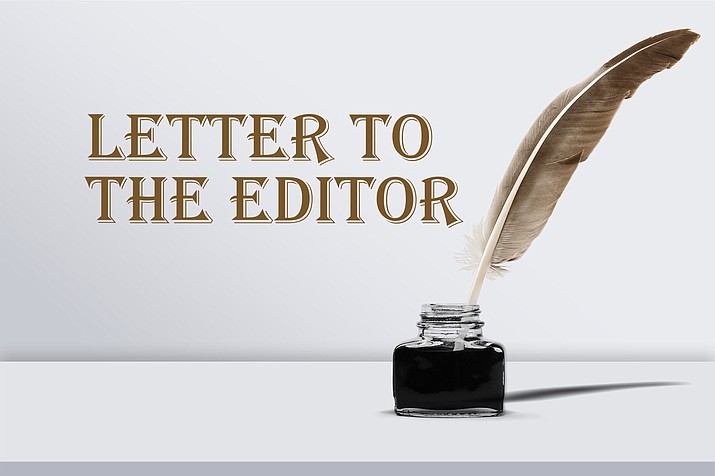 I was born and raised near Kayenta, Arizona in Navajo Nation, home to around 175,000 people spread across Arizona, New Mexico, and Utah. On the reservation, three-quarters of the roads are either dirt or gravel. For as long as I can remember, my family and my community have felt the impact of poor infrastructure — but President Biden’s sweeping investments in roads, broadband, water, and more will change Indian Country forever.

Just this year, a relentless monsoon and flashflood season exposed the cracks and inadequacies in our infrastructure on Tribal land. Unrelenting rains washed away our unpaved roads and made it so community members were stuck, unable to get to school or work. Not only were our impassable roads disruptive, but they were also dangerous. On more than one occasion, washed-out roads made it so that emergency vehicles could not get to folks in our community who desperately needed their help.

And for vulnerable minorities, the threat presented by COVID-19 added to the worry as being able to safely drive to healthcare and emergency facilities became more critical than ever. In Navajo Nation, those drives can be incredibly long and treacherous — currently, twelve health care facilities cover 25,000 square miles of land. The funding to better connect our people to health centers will, without a doubt, be a game-changer.

When we say that the $11 billion for Indian Country in President Biden’s new Bipartisan Infrastructure Law is going to be life-changing for our people, we mean it. Right now, it’s estimated that a third of all households on the Navajo Nation don’t have running water. This funding means that we’ll finally be able to modernize our water and sanitation infrastructure and deliver safe, clean drinking water to community members across the reservation.

On top of that, long-awaited investments in broadband infrastructure will close the digital divide and bring reliable, affordable high-speed internet to folks who have never before been connected. In the 21st century, access to reliable internet is essential for those working from home, for students to do their homework, and small businesses to be competitive — and that’s exactly why President Biden’s investment in internet access on Tribal land is so groundbreaking.

In 2020, voters in Arizona’s Tribal communities turned out in record numbers and elected Joe Biden because we believed that he would fight for us and show up for our communities. After years of empty promises of investment, representation, and leadership from Washington politicians, Biden delivered.

Even before taking office, he showed, through action, that he was committed to representing us when he nominated Deb Haaland to become the first Native cabinet secretary in American history. In March, he showed up for us again with $1.75 billion under the American Rescue Plan to help our communities fight COVID-19 and recover from the lasting effects of the pandemic.

With this historic infrastructure deal — the largest-ever investment in tribal infrastructure — President Biden has shown, once again, that he can deliver for Indian Country. We were with him in 2020 when we sent him to the White House, we’re with him now, and we’ll be with him for years to come as we Build Back Better across Arizona’s Tribal lands.

Casey Lee is a farmer, mechanic, chef, volunteer worker, and currently the Second vice chairman for the Northeast Arizona Native Democrats. Originally from Skeleton Mesa, he is of the Mexican Clan, born for Water Edge Clan. The Reed People are his maternal grandfathers and the Manygoats are his paternal grandfathers.