HGTV expands 'Home Town' franchise, features Winslow as one of its towns 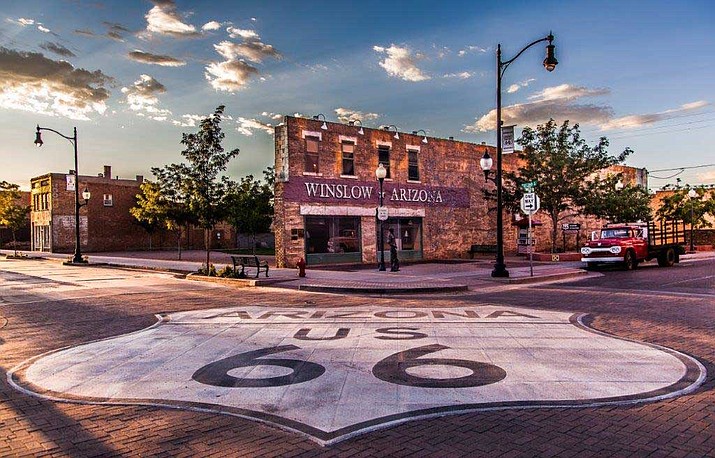 Winslow is one of six towns to be featured in this season of HGTV's Home Town Kickstart. (Photo/Winslow Chamber)

WINSLOW, Ariz. — Home Town Kickstart, a HGTV national show, featured small-town Winslow in one of its episodes to air this spring on the network, along with five other small towns in need of revitalization.

Ben and Erin Napier, who also championed Home Town and Home Town Takeover, are at the head of this new show, which will “give a major boost to re-energize their revitalization efforts and realize a much-needed fresh start.”

“Erin and I have renovated more than 80 homes in Laurel for Home Town and we’ve seen how these improvements change a community for the better,” Ben Napier said. “Now, with help from HGTV, we’re going to continue what we started and help more small towns across the country.”

Winslow CEO Bob Hall said Winslow was selected because the show recognized the efforts the town had already put in to revitalize.

“It’s fantastic for Winslow,” he said. “It’s going to give us national recognition where I’m hopeful, personally as the chamber director, that people see the show because this is national exposure. This is millions of dollars of promotion that we’d never be able to afford.”

As part of the Renaissance Project, the town has worked to make improvements.

“They saw what we’ve been doing in our Renaissance Project,” he said. “We’ve built a couple of parks. We redid our sidewalks. These are all things we’ve done over the last 10 years. New sidewalks, new street lamps, new trash receptacles. They saw our efforts and they wanted to join in and promote that and make that happen.”

Hall hopes the national exposure will inspire a manufacturer or housing developer to see Winslow as a place to invest in.

But, Hall said he is not interested in Winslow turning into a big city.

“I was born and raised in San Francisco, so I know all about city life,” Hall said. “I moved here because I love the closeness of a small community and the feel of living in a small town. I love that it takes me five minutes to get to work. I don’t want to see Winslow turn into Flagstaff or Phoenix or anything.”

Hall does want to see Winslow have a few more amenities that would help people in the town.

“We would love to see some housing,” he said. “We’re having a housing shortage in Winslow and one of my hopes is that we see a developer who finds the town interesting and comes and builds some homes, like a residential area. We need apartments.”

HGTV signed on to do three projects in town — a commercial, residential and an art/municipal project.

One that is already in progress is the Root Beer Stand, where the show painted the outside, redid the seating inside, put an awning outside for people to sit in the shade and gave it a new logo.

Another project highlights Winslow and Route 66 by placing cars at different parts of the town.

“They pour pads and they put electric lights at night,” Hall said. “The windows are two sheets of steel but they laser cut the steel to look like stars. I know of four different people right now who want an art car in front of their business.”

Hall imagines an art car trail, where the town develops a brochure and people can go from car to car.

“The ultimate goal, we’re keeping people in town longer,” he said. “It’ll be a new attraction for people to see.”

The new series started airing at the end of December and will air throughout the spring.