Five arrested in Flagstaff for meth and fentanyl sales 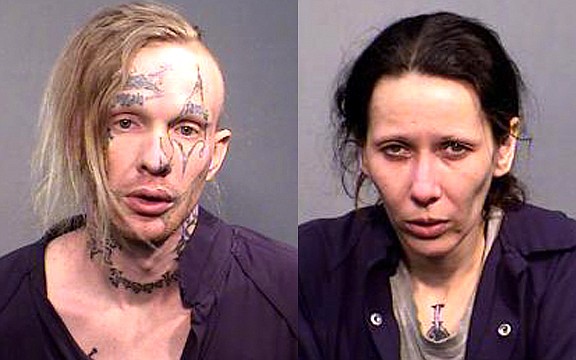 FLAGSTAFF, Ariz. — On Jan. 13, a joint operation between the Metro Narcotics, Flagstaff Police Department and the Northern Arizona Regional SWAT Team was conducted to serve a search warrant at a Flagstaff residence.

This search warrant was served to locate drugs, primarily suspected to be fentanyl and methamphetamines.

Flagstaff Police Department believes that these drugs were being sold and are directly related to multiple drug overdoses in the Flagstaff area.

The SWAT Team was utilized to prevent injuries as there have been numerous contacts in the past where the suspects have been armed.

Arrests made in the operation include Christopher Gammons, Alyssa Gammons and three others. Pursuant to the search warrant more than 83 grams of methamphetamine was seized along with prescription narcotic drugs, including fentanyl pills that have been associated with overdose deaths. The drugs having a total value of over $2,500 and five firearms were seized at the residence.