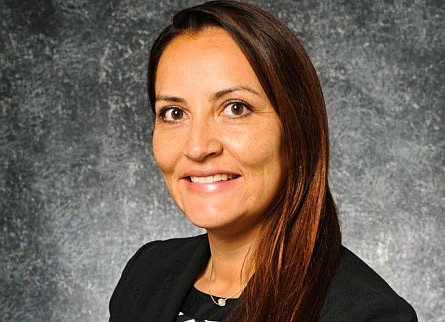 Judge Sunshine Sykes was nominated by President Joe Biden to serve in the U.S. District Court for the Central District in California. (Courtesy photo)

FLAGSTAFF, Ariz. — U.S. President Joe Biden has nominated Judge Sunshine Sykes, an enrolled member of the Navajo Nation to serve in the U.S. District Court for the Central District of California.

The Navajo Nation administration congratulated Sykes on her nomination.

“Judge Sykes’ extensive experience demonstrates her commitment to serving the public and the justice system,” said Navajo Nation President Jonathan Nez. “We wish her well in this new capacity with the U.S. District Court and we thank her for being an inspiration to our young Navajo people.”

The daughter of a Navajo mother, Sykes was born on the Navajo Nation Reservation in Tuba City, Arizona, spending most of her early years there and in the border town of Gallup, New Mexico, according to Sharon Driscoll, who wrote for the Stanford Lawyer in 2017 and who interviewed Sykes.

Driscoll wrote that Sykes parents divorced when she was young and her mother sometimes struggled to make ends meet while raising her. Though it wasn’t poverty that stood out to Sykes as much as the sting of prejudice.

“Gallup was a kind of hard town with lots of alcoholism and racism. We were pretty poor and didn’t have a car, so we walked a lot and I remember people calling us names and being mean because we were Native,” she told Driscoll.

In October 2015, Sykes was appointed to the California Supreme Court chief justice to the Tribal Court-State Court Forum, a Judicial Council that was established to bring together tribal judges and state court judges to address issues that affected tribal communities.

From 2001 to 2003, Sykes was a staff attorney for California Indian Legal Services. From 2003 to 2005, Sykes worked as a contract attorney for the Juvenile Defense Panel at the Southwest Justice Center. From 2005 to 2013, she served as a Deputy County Counsel in the Office of County Counsel for Riverside County.

Driscoll said that Sykes is familiar with many issues that come up for the Native community including the Indian Child Welfare Act. Sykes worked a few miles from Sherman Indian School, a boarding school established in the 1900s, which was established in the 1900s when the federal government forcibly removed Native children from their homes and moved them into boarding school.

“Both of my grandparents were taken from the Navajo Reservation and put into the Sherman school. All the children were forced to cut their hair and wear non-traditional clothes, and they weren’t allowed to speak their traditional languages or practice their traditional ceremonies,” Sykes told Driscoll.

Sykes said she still remains humble and remembers how she got where she is today.

“I’m not here just because of my own ambitions. I have to look back at the struggles that my family went through, and that my ancestors went through, to help me get here,” she told Driscoll. “I don’t ever forget that.”

Sharon Driscoll of the Stanford Lawyer contributed to this story; information and quotes are used with her permission. Her full profile of Sykes can be found at https://law.stanford.edu/stanford-lawyer/articles/taking-the-stand-judge-sunshine-sykes/.