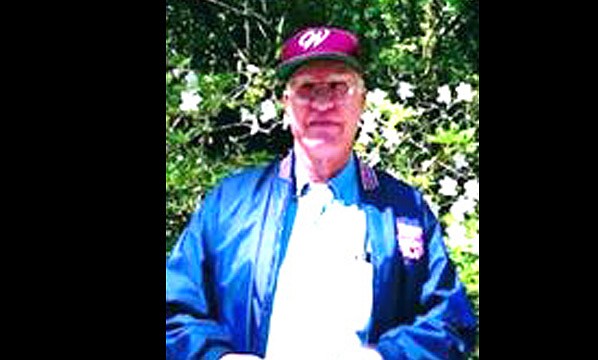 After graduating from Casa Grande High School, he joined the Air Force and was stationed in Germany as a Russian interpreter from 1954-1957. Upon returning he went to ASU and received his degree in teaching. He came to Winslow in 1961 and started teaching at Winslow Jr High until 1989.

During this time, he also coached freshman football, eighth grade basketball and softball, as well as a coach for the Connie Mack league.

He participated in AIA sports as an umpire and referee for all major sports. He was involved with the city on the arts committee as well as being a council member.

He continued his passion for sports by writing for papers to include the Navajo-Hopi Observer, The Winslow Mail and The Holbrook Tribune: As Sam Sees It; as well as reporting on city council meetings with Loy Englehart on Kino radio.

He enjoyed attending Diamondback Baseball games and sitting in the press box, as well as their all you can eat soft serve ice cream while they had it.

He served as a deacon for the First Baptist Church for a term of 4 years. He was an avid sports fan and enjoyed playing sports, as much as he enjoyed a conversation with anyone about sports specifically.

He is preceded in death by his parents Ralph Conner Sr. and Donna Fay Jones Conner, as well as his son Ralph Conner III.

In Lieu of flowers, please make a donation in Sam's name to the Winslow Youth Athletic program.