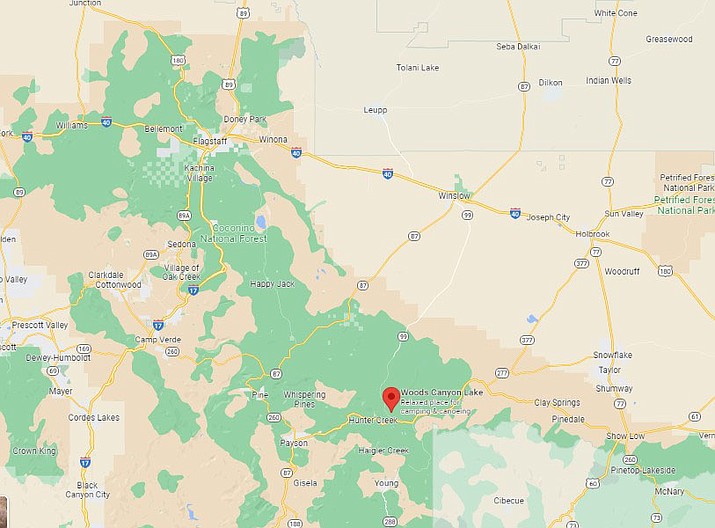 FOREST LAKES, Ariz. (AP) — A mother and father of two as well as another parent, all Indian nationals, were the drowning victims recovered from a frigid Arizona lake.

Authorities say deputies in Forest Lakes responded the afternoon of Dec. 26 to reports that three people were missing in Woods Canyon Lake.

Rescuers pulled Haritha Muddana from the water, but she was pronounced dead. The two men were found the next day.

Jon Paxton, a sheriff's office spokesman, told ABC-15 TV in Phoenix that the trio were part of a group of three families who had driven up from their homes in the Phoenix suburb of Chandler. They had wanted to enjoy the outdoors the day after Christmas.

It appeared they "wanted to get some pictures out on the ice," Paxton said.

That's when the three parents fell through.

A GoFundMe purported to be for the families has already raised over half a million dollars.