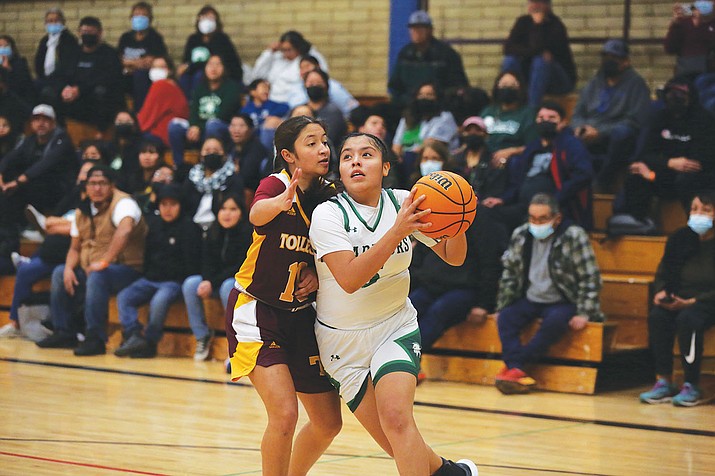 Tuba City Lady Warriors faced Tolleson in an earlier game at the Pepsi Tournament in Flagstaff. The girls have won five in a row and next face Alchesay. (Marilyn R. Sheldon/WGCN)

The next game for the girls is a home contest against Alchesay. Tipoff is set for 6 p.m.

The boys had a tougher time last week as they posted a pair of losses. Their first opponent of the week was Page on Dec.15, who won the contest 62-50.

Their overall record now stands at 2-4, and their regional record is 0-2.

Next up for the boys is the Coyote Basketball Invitational to be held at Arizona Lutheran Academy, 6036 S. 27th Ave., Phoenix, Dec. 28-30. Game times have yet to be set.