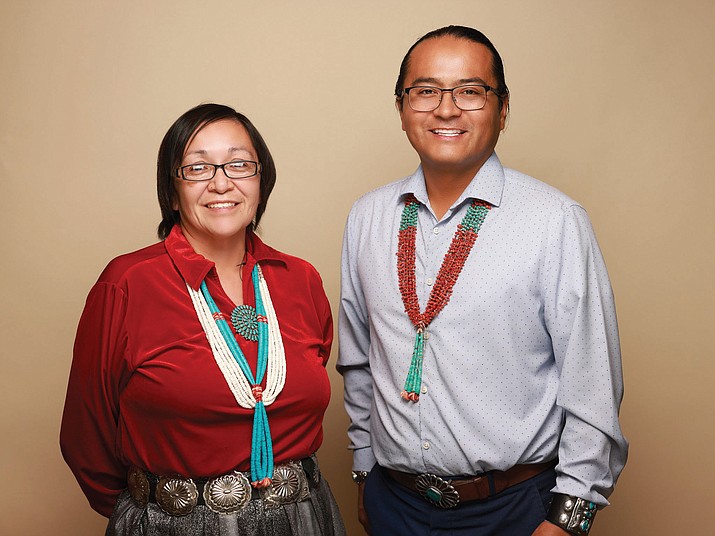 “We are working alongside the current administration to ensure that services to the Navajo people are delivered without interruption when we take the oath of office in January,” said President-elect Buu Nygren. “Vice President-elect Richelle Montoya and I understand that the Navajo people elected us to move quickly from day one with an experienced team that will lead with competency, compassion, teamwork and commitment. Since the election, this team has brought together a strong group of candidates for executive director positions that will lead our divisions while ensuring current directors are able to share critical information with us. This is only one of their accomplishments so far. We want the Navajo Nation to know the transition is running smoothly.”

Montoya said she and Nygren look forward to hearing from the youth, elders, families and partners as the transition team lays the foundation for the Nygren-Montoya Administration’s operations.

“With the opening of the transition team’s office, we are committed to working with our hard-working and knowledgeable Executive Branch staff to ensure the Nygren-Montoya Administration is transparent, responsive and accountable to the Navajo people,” she said. “We are focused on the future and the vision that the Navajo people voted for in November.”

The transition team includes a director, policy analysts, budget advisors, a communications director and several leaders from local Navajo communities. The transition team is responsible for collaborating with the 18 Executive Branch divisions, their programs, and the Navajo Nation’s tribal enterprises, boards and commissions on behalf of the incoming administration.

Nygren and Montoya appointed long-time presidential advisor and former Executive Branch Chief of Staff Patrick Sandoval as the director of the transition team.

“Our mission is to live through our campaign promise of Yideeskáadi Nitsáhákees, meaning that we will always think for the future,” Sandoval said. “President-elect Nygren and Vice President-elect Montoya are ready to lead the largest Sovereign Tribal Nation in the United States beginning Jan. 10, 2023.

With the transition team appointed, they are now interviewing professionals for division director positions, are pursuing partnership talks with governors and congressional leaders, and we are focused on the future of the Navajo Nation, he said.

“Our appreciation goes out to the Navajo Nation Division of Transportation for its leadership in this process as we officially open the doors to the Nygren-Montoya Transition Office,” Sandoval said.