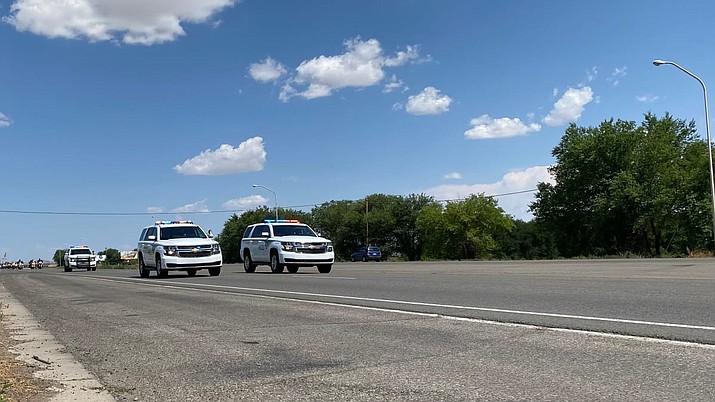 WINDOW ROCK —The Navajo Nation Police Department has received numerous missing persons reports that they have traced to addiction treatment centers in Arizona.

Now they are warning tribal communities about recruiters.

It all started one Monday morning when Navajo Nation Police Sgt. Roland Dash looked at the arrest log which was unusually small after the weekend.

“We only had one, and I asked the sergeant on duty what was going on,” Dash said.

Dash started asking around and heard about a white van coming into Tuba City, Arizona.

“And they were asking everyone if they were hungry, if they wanted a place to stay and that they were coming out of a rehab center out of Arizona,” he said.

The recruiters have been reported in various areas like the outdoor markets or picking up people walking on the side of the road, according to a statement published on Facebook by the Navajo Nation Police Department on Nov. 17.

Soon families started to report their loved ones missing.

Dash began looking into different sober homes, or group homes, after a family member of a missing person told him their brother went to a recovery treatment center in Phoenix, Arizona.

The Navajo Nation Police Department has received numerous missing persons reports that they have traced to addiction treatment centers in Arizona. Now they are warning tribal communities about recruiters.

Dash spoke with an individual over the phone at a treatment center. He explained he willingly went with the recruiters and reconnected with his sister.

"A lot of these individuals that are missing are shown up at a rehab center, down in Phoenix, " said Dash said in a phone call with Tribal Radio.

In a separate incident, Carol Willeto posted to Facebook warning people about a couple from Blue Sapphire Group Home showing up at a Window Rock outdoor market and recruiting people.

Tribal Radio contacted the Blue Sapphire Group Home about their business and why they were in Window Rock, Ariz., but questions remain.

Dash is working with the FBI, criminal investigators, and other agencies to ensure the safety of Navajo communities and is asking anyone with any information about these incidents to contact Sgt. Dash, at (928) 637-3028, the FBI, at (800) 225-5324, or online at tips.fbi.gov.