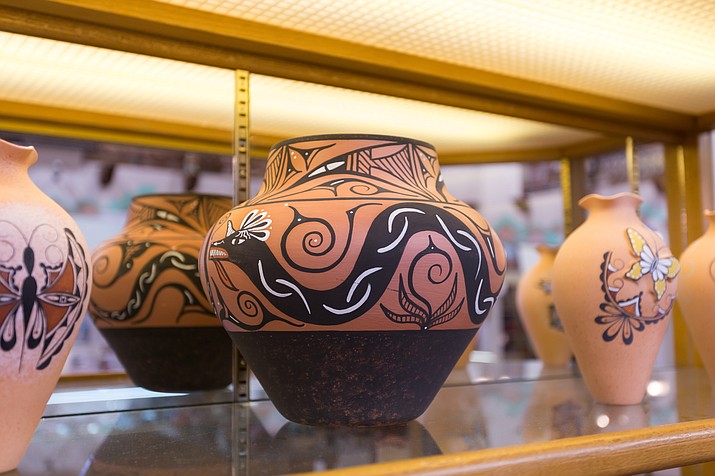 For years, the Pueblo of Acoma has been urging Congress to pass legislation to stop the illegal trafficking, exportation, and sale of sacred tribal cultural heritage items, especially in the international black market. These items are considered sacrosanct and are never to be given away or sold. These items are of great cultural significance and used in prayer and ceremony by the traditional leaders of Acoma – holy ceremonies conducted for the benefit of all mankind. Unfortunately, for decades, these items have been removed from the Pueblo’s traditional homelands and have ended up for sale at auction houses on the Internet and at art galleries across the United States. Even more difficult is when they are smuggled across the border and out of our reach, often offered for sale in Europe at notable auction houses. But now, the STOP Act has become a direct response by the federal government to the Pueblo’s multi-year pleas for action to terminate this illegal activity.

“There have been moments in our country’s history when Congress has taken action against Native People and our way of life. But this time, we celebrate what has become the culmination of a long struggle and fight to protect our culture, our beliefs, and the sacred objects used in ceremony,” he said. “The enactment of the STOP Act with its defined regulatory process and preventions will send a clear message that the illegal trafficking and sale of sacred tribal objects, and specifically their export abroad, is a violation of federal law.”

In 2015, the Pueblo of Acoma sought the return of a sacred ceremonial shield from the Eve Auction House in Paris, France. The item had been stolen from the Pueblo decades earlier. What ensued was a multi-year effort by the Pueblo for the return of the shield. It sought the help of federal officials and France. When it learned of gaps in federal law, the Pueblo urged Congress to enact laws that would create explicit exportation restrictions. Former Acoma Governor Kurt Riley was among the Pueblo’s leaders seeking a federal response.

“In working with New Mexico’s Congressional Delegation over the years, the Pueblo has now achieved passage of a law that for the first time facilitates the international repatriation of items of tribal cultural patrimony,” he said. “In helping repatriate these items, the STOP Act allows the Indigenous People of America to strengthen, preserve, protect, and maintain our individual histories, language, culture, ceremony, and religious beliefs for future generations.”

Passage of the STOP Act was a New Mexico Congressional Delegation effort led by Senator Martin Heinrich since the bill’s first enactment in 2016. Congresswoman Teresa Leger Fernandez was integral to securing House passage. Senator Lisa Murkowski and Congressman Don Young of Alaska were co-leads on the bill throughout its lifespan, ensuring its bipartisan status in Congress. This bill had help from many other Congressional Representatives over the years, including Senator Ben Ray Lujan, Senator Brian Schatz, Senator Tom Udall and Congresswoman Melanie Stansbury, among others.

“I had the honor of helping design the STOP Act’s provisions, drawing from both my personal experiences as an Acoma cultural practitioner and my professional experiences working with museums,” he said. “We worked closely with many other experts throughout Indian Country, the federal government, and the museum community to further strengthen the legislation. I am grateful to the many people who dedicated their time and expertise to ensure passage of the STOP Act.”

After years of negotiation, the sacred ceremonial shield was eventually returned to the Pueblo in November 2019. The shield has rejoined its people, glad to be with us again, teaching us its lessons and helping ensure our people and way of life are protected. Enactment of the STOP Act was the final step in the ripple effects of the shield’s journey—helping to protect other tribal communities and sacred items for years to come.