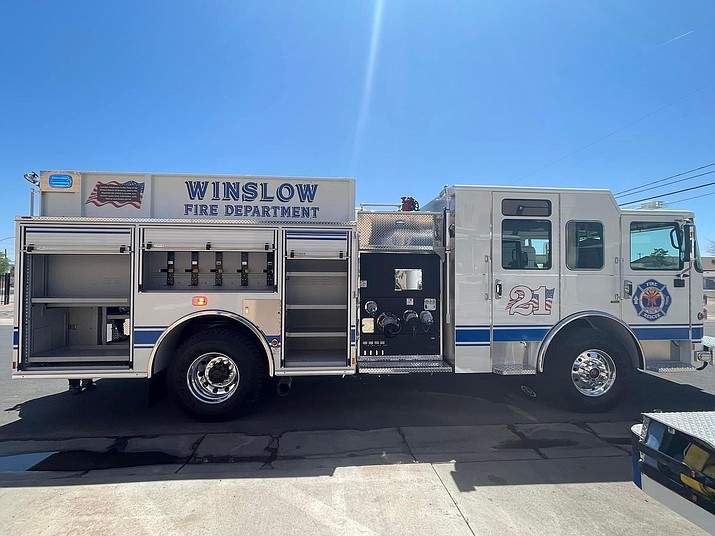 WINSLOW Ariz. — A man has died in a structure fire in Winslow.

The Winslow Fire Department was dispatched and found the building was engulfed in fire.

Winslow Police Department also responded to assist with traffic control and safety at the scene.

While battling the fire, firefighters determined a male resident was trapped inside the burning building.

"Despite the efforts of firefighters and officers on scene, he could not be rescued and perished," according to Ernest Cano of the Winslow Police Department.

The name of the deceased will be released pending positive identification and notifications to the family.

The cause of the fire is unknown and remains under investigation, according to the Winslow Police Department.

"The tragic loss of life is a shock to our emergency responders, the family of the deceased and to our community," the department said. "We offer condolences and will provide updates as the investigation continues."

Anyone with information regarding the incident is encouraged to contact Detective Sergeant Jason Therthen at the Winslow Police Department.