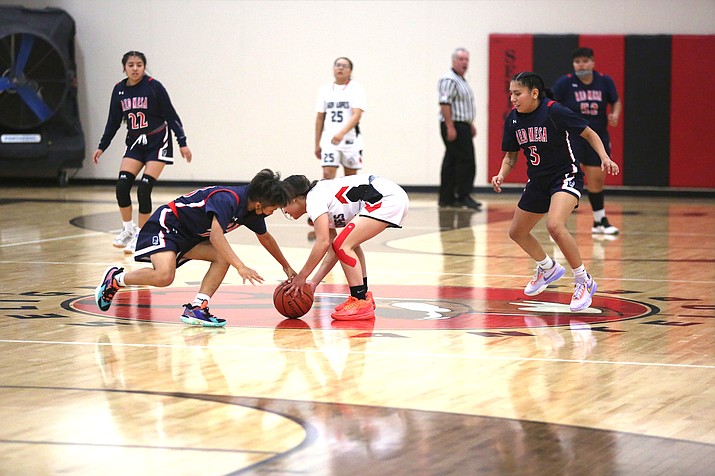 ASH FORK, Ariz. — "I have very high expectations for these girls," Red Mesa Girls Basketball Coach Sandy Benally said after his team started off the season with a pair of wins.

The team started its season Nov. 19, with a 43-26 win over Ash Fork. Shooting guard Abigail Begaye led the team in scoring with 21 points. Daleni Nakai and Shyla Pipkin dominated the boards both offensively and defensively.

"We are quick and fast, but we don't know how to keep our hands to ourselves," Benally said. "We're focusing first on our outside game, then getting it to the girls in the middle. ."

The girls traveled to Seligman Nov. 30, where they got a dominating 73-7 win. Nakai and Pipkin each tallied 18 points in the win. Begaye added 10.

Three of his starters scored in double digits against Ash Fork Nov. 19. The final score was 60-34.

"We're selfless," he said. "These boys have been playing together since last summer. Everyone has a key role, and they fill it well. We run a four one offense, and it works well for us."