Who was Jamie? Family of murdered Navajo woman seeks justice 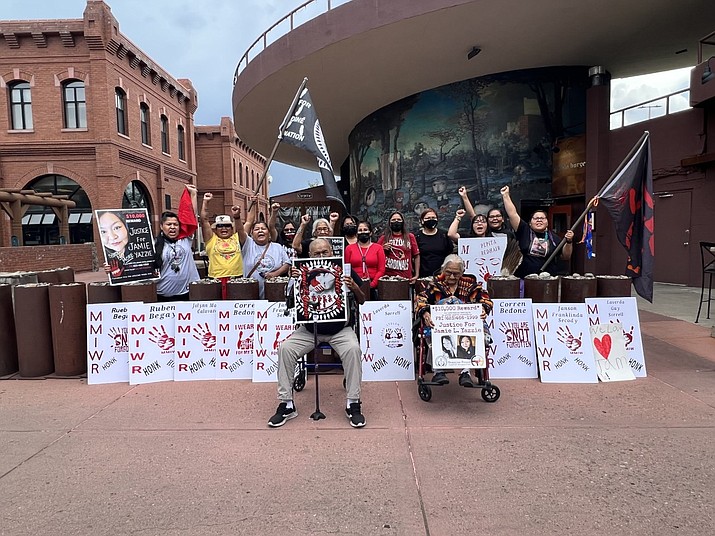 After more than three years, a man has been arrested for the murder of Jamie Yazzie, who went missing in the summer of 2019 from Pinon, Arizona, and whose remains were found on the Hopi Reservation in November 2021.

A federal grand jury returned an eight-count indictment against Tre C. James, 30, from Pinon, Arizona. The Federal Bureau of Investigation cautioned that an indictment is “simply a method by which a person is charged with criminal activity and raises no inference of guilt.”

Yazzie is being held in custody after a detention hearing was held in Flagstaff Aug. 9. Yazzie’s remains are being held until James’ trial and while there is some relief that he is in custody, there is still no relief for the family. They haven’t been told why the FBI arrested James now, what led them to Yazzie’s remains and if anyone else was involved in moving her to where she was found.

Who was Jamie Yazzie?

Marilene James, Yazzie’s maternal aunt, said Jamie was a happy-go-lucky person, who was always smiling, laughing and joking. She was 32 in 2019 when she went missing. 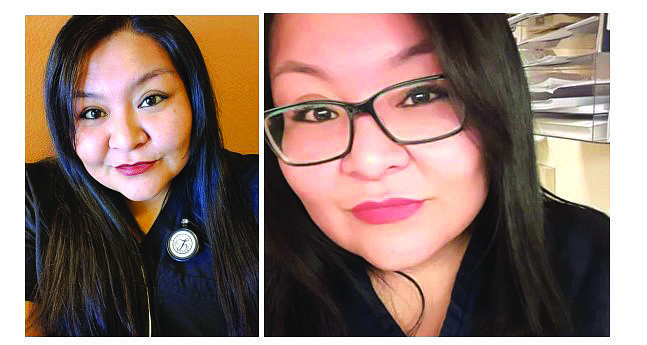 Jamie Yazzie was killed in 2019. Her family seeks justice for her murder. (Photo/Yazzie family)

James said anytime anyone — family, friends, relatives, coworkers, needed something, Yazzie was always willing to help if anyone needed anything.

“If you told her you were hungry, she would cook. She’d cook a whole meal for you, or she would pay for the whole meal,” James said.

But James said Jamie’s willingness to help others didn’t mean she didn’t struggle in her life too. James traces some of that struggle back to the loss of another family member, Kevin Hanley, James’ nephew, in another violent act in 2017.

“This happened in front of Bashas’, the only grocery store there in the town (Pinon) and nothing was really done for him," she said. Up to this day, they haven’t found out who did it.”

James said the epidemic of Missing and Murdered Indigenous People doesn’t only affect women. James said Hanley’s death troubled her. She was there at the grocery store. She followed the ambulance. Hanley was alive, but in the time it takes to get from Pinon to Chinle, about 45 minutes to an hour drive, he passed away.

“She took that really hard and she ended up turning to drinking as a coping (mechanism),” James said. “She still held on to her job, though. That’s one thing I would tell her, ‘Hang on to your job, get your kids back.’"

James she has always tried to emphasize that just because Yazzie was struggling, it didn't make her a bad person.

Yazzie’s three boys are now 16, 13 and 7 and even during the time after Hanley was killed, when she was struggling, every pay day, James recalled Yazzie would pick up the kids and take them out of town.

James said Yazzie's boys recall spending time with their mother and how those memories surface when James takes the boys to locations, especially around Flagstaff.

Part of the struggle is the comments on Facebook from family and strangers alike who leave posts or send comments to James.

“People are saying if Jamie was a good person then why was she out drinking," James said. “You know, she was hurting just as much as everyone else. It really did take a lot after my nephew passed.”

James said that was when Yazzie started drinking and hanging out with people she trusted at the time. She met Tre through a coworker. James never thought it was love at first sight.

“She wasn’t like, ‘Oh my God, this guy’s amazing. I love this guy,” James said. "I did not feel she really wanted to be with him.”

James said she and Yazzie never really talked about Tre at all, except for the last phone call where Yazzie was trying to tell James that Tre was a good person and explain what he did for her.

“I’d never heard her talk about him like that,” James said. “I don’t know if he was in the room at that time, and she was trying to make him look good. I don’t even know if I was on speaker.”

When Yazzie wanted James to talk to Tre, James said 'no.'

“I said, ‘Jamie, I don’t even know this guy,’” she said. "And she was like, ‘He does help me. He makes sure I wake up in the morning.’ And I said, ‘Yeah, because you’re the only source of income in that house.’ He needed her to go to work.”

That was the last time James talked to Yazzie.

“She was telling me she was doing ok and that she still wanted to get out and to go back to school and go maybe even work as a registered nurse. She was aiming for Phoenix, but I was like, ‘You have to start small. Try here and Flagstaff and then Phoenix.”

James said she never met Tre and he didn’t meet any of the family as would be customary in Navajo culture and tradition.

“In Navajo tradition, if you were to go into a family’s house, you would go into their house and shake your in-laws hands, have a conversation, help the mother-in-law, things like that,” James said. “He never did that. He never did any of those things.”

James said she does think that Tre was slowly isolating Yazzie. She recognizes it now because she’s been in that kind of relationship herself.

The criminal complaint that was filed with the indictment against Tre included comments from Yazzie's coworkers about her in the months leading up to when she went missing.

“They said stuff they’d notice about her, like him taking over finances, like being controlling and controlling her financial expenses,” James said. “And I noticed toward when she went missing, she was saying, ‘I probably won’t be talking to you as much this week because my phone’s going to be shut off. But, like I said, Jamie’s the type of person that if she had the last dollar in her wallet, she would help. And then she would go the extra mile to ask for help to help this person. Even though it’s putting her in debt. So it didn’t surprise me for her to say, ‘Oh, I didn’t pay for my phone bill this month, but I’ll get it paid next week.’”

James said the last phone call with Yazzie took place June 26, 2019. By July 5, James had driven up to Pinon and messaged Yazzie but hadn’t heard anything.

“Whenever we told her we were coming home, there’d be food on the table and she’d be waiting,” James said. “She was just ready. She’s always waiting for us tome come home. So when I got home, I should have known, because everything just seemed a little more gray and gloomier, you could just feel something was wrong.”