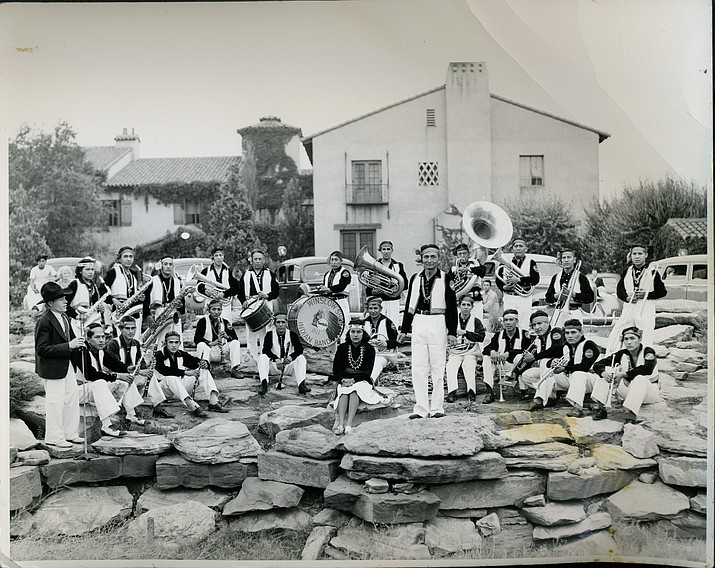 Rosemary Natseway of the Santa Fe Indian Band in Winslow Arizona on Route 66. (Photo courtesy of the Natseway Family and the Old Trails Museum)

WINSLOW, Ariz. — A presentation of the documentary “Route 66: The Untold Story of Women on the Mother Road,” will take place Aug. 17 from 5-7:30 p.m. at the Winslow Theater, 115 North Kinsley in Winslow, Arizona.

The three-part documentary series explores how women overcame segregation and gender discrimination to build fulfilling lives for themselves and their descendants on the famous Historic Route 66. The Aug. 17 presentation will focus on Arizona and feature the personal stories of women in Winslow, Flagstaff and Seligman.

Filmmaker Katrina Parks has previously made a documentary on the Harvey Girls, who were one of the first all-female American labor forces. In the course of making that documentary, Parks wondered if there were other women whose lives were impacted by the Mother Road.

“I was not disappointed,” she said. “There’s creative women, politicians. Arizona's first Congresswomen Isabella Greenway was instrumental in passing legislation to pave Route 66.”

A little known fact, according to Parks, is many women, including Native Americans, Anglo and Latina women, worked at Camp Navajo, which was called the Navajo Ordinance Depot, outside of Flagstaff, sorting munitions.

“For many women, it was the first time they even…left the reservation,” Parks said. “They constructed Camp Navajo. They built an Indian village, basically. Originally, the idea was the men were going to do the jobs there, but then the men got called away to do better paying jobs…the women stayed behind and entered the workforce.”

One of the women interviewed in the documentary was a woman who worked at Camp Navajo in recent years.

“I think she’s retired, but she traces her lineage back to some of the women and men who worked there,” Parks said.

Rosemary Natseway and her daughter, Denise, will participate on the panel and Natseway will tell the story of the Santa Fe Indian Band, which were associated with the Atchison, Topeka and the Santa Fe Railway. Starting in the 1920s, they would tour throughout Arizona and culminated in the 1950s when they went to Eisenhower’s inauguration.

“She was very much front and center in the band,” Parks said.

The event starts with a group photo at 5 p.m. at the Standin’ on the Corner Park that is open to everyone. The event will then feature film excerpts and a panel discussion at the Winslow Theater.

“Car culture can be very male focused, especially Route 66,” Park said. “That’s one reason why I decided to make the documentary. It gives a new lens on this beloved icon.”

More information on the Women of Route 66 can be found at https://www.route66women.com/.