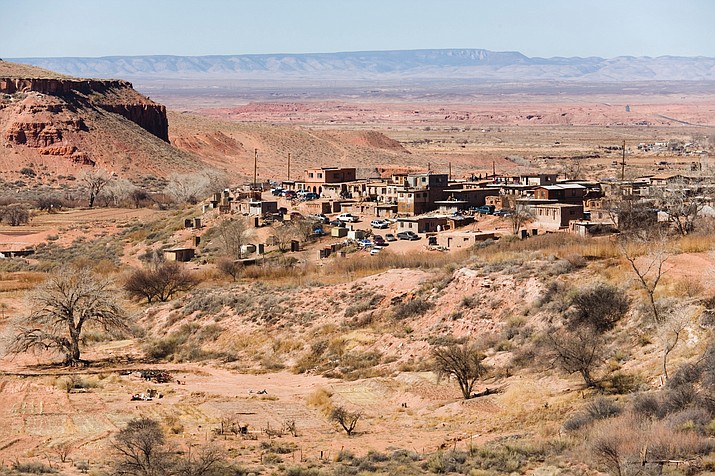 Hopi Telecommunications is in the process of the final engineering of fiber-optic routes on the Hopi Reservation. (AdobeStock)

KEAMS CANYON, Ariz. — Hopi Telecommunications, Inc. was informed in June that its $5.8 million loan has been approved to extend fiber to homes throughout the Hopi Reservation, which will significantly increase broadband speed and improve reliability.

Hopi Telecommunications, Inc. (HTI) is now in the process of final engineering of the fiber routes, ordering materials and preparing to bid projects, with the fifth project construction scheduled to begin in January 2023.

Since the new FTTH project will replace the existing copper wire connections with fiber, the project will use existing routes without disturbing new areas. HTI is planning to meet with the Villages’ leadership to go over the details of the project and obtain permission before the construction project begins. This will be one more step in addressing the digital divide that exists in many rural and tribal communities.

In 2010, HTI took advantage of the American Recovery & Reinvestment Act (ARRA) in the amount of $3.6 million ($2.5 mm grant and $1.1 mm loan) to fund a fiber-optic cable line from Holbrook, Arizona to Hopi to significantly increase the bandwidth for HTI services.

The next round of funding will replace the copper wires with fiber-optic lines to increase the bandwidth and improve reliability.

“HTI is making every effort to take advantage of the resources available to upgrade its telephone and internet system to improve and expand services,” said HTI President and General Manager Carroll Onsae. “However, because these are federal funds, it takes longer to deploy because we have to follow federal rules and regulations.”

The Hopi Tribe created HTI in April 2004 with the intention of taking over its telecom provider based out of Louisiana. In October 2005, HTI closed a deal to acquire the assets of Century Tel of the Southwest. The next month, HTI received its first $12 million RUS loan to pay for the Century Tel assets and to immediately upgrade and expand the newly acquired telephone company, including laying fiber optic lines across the Hopi Reservation from Keams Canyon to Hotevilla.

A subsequent loan in 2009 in the amount of $4.8 million allowed HTI to purchase additional Central Office and electronic equipment, add fiber-optics to the premises and a fixed-wireless system to expand services.

The Hopi Tribe is one of only a handful of tribes throughout the United States that owns their own telecommunications company.

Providing service where fiber-optic cable is not available

HTI was successful in securing a 2.5 Ghz spectrum from the FCC in 2021. The spectrum is designed to provide service to areas where fiber-optic cable is unavailable.

HTI also submitted a grant application last year to the National Telecommunications & Information Administration (NTIA) and is waiting to hear on its grant application to extend the fiber-optic cable to Moencopi and fiber to the premises, among other initiatives.

Moencopi is out of the HTI service area and HTI will work with the FCC to include Moencopi as part of its service territory.

Most recently, HTI submitted a Letter of Intent (LOI) to the NTIA for a Digital Equity Planning Grant Program as part of the Infrastructure Investment and Jobs Act, and were encouraged that President Joe Biden and Congress recognize, and what was further crystalized by the Covid-19 pandemic, that high-speed internet access is not a luxury, but a necessity for all Americans regardless of their age, race or income.

Funding under this program will help HTI create a digital equity plan, which will address this digital divide for the Hopi Nation by tapping into additional available funding to implement the Digital Equity Plan.

NTIA has notified HTI that it has received the LOI and once the Planning Grant is received HTI plans to reach out to the community for their input into the Digital Equity Plan.

More information is available from HTI President and General Manager Carroll Onsae at (928) 522-8428 or consae@hopitelecom.com, or executive assistant Wayne Taylor (928) 691-9919 or wtaylor@hopitelecom.