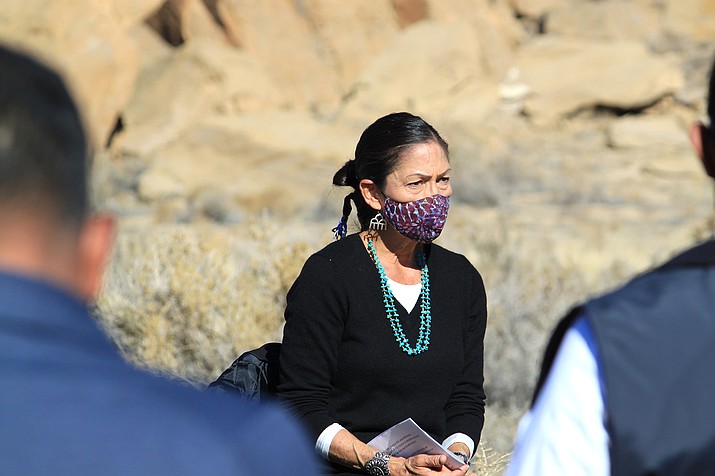 ALBUQUERQUE, N.M. (AP) — Native American leaders said April 26 they were excited about a series of meetings this week with land managers as the Biden administration considers prohibiting new oil and gas development on hundreds of square miles of federal land in northwestern New Mexico that several tribes consider sacred.

Top officials with the All Pueblo Council of Governors said during a virtual briefing that they will reiterate their support for the proposal during tribal consultations. The meetings are part of the public outreach being done by the U.S. Interior Department as it considers the withdrawal from nearly 550 square miles around Chaco Culture National Historical Park.

Interior Secretary Deb Haaland, who is from Laguna Pueblo in New Mexico, cited the cultural significance of the area surrounding the national park when she first proposed the 20-year withdrawal during a visit in November. She has said many tribes in the Southwest, including her own, have a connection to the area.

Randall Vicente, the governor of Acoma Pueblo, said tribes were ready to band together to ensure more permanent protections are adopted for lands outside park boundaries.

He said the remnants of stone dwellings, ceremonial kivas, pottery sherds, petroglyphs, shrines and the other cultural resources that dot the high desert around Chaco Canyon were left there by the ancestors of today's pueblo people.

"Together, this area is one irreplaceable, sacred, interconnected landscape unlike any other. We remain tied to those resources," he said, describing them as "the footprints and fingerprints of our ancestors."

A World Heritage site, Chaco park is thought to be the center of what was once a hub of Indigenous civilization.

The Navajo Nation is among the Native American tribes that support increased protections, but top tribal officials have called for a smaller area around Chaco to be set aside as a way to limit the economic impact on families who rely on revenues from oil and gas leasing.

In a nod to the Navajo concerns, the pueblo leaders said the withdrawal would not affect development on land overseen by the Navajo Nation or individual Navajo allottee owners. However, allottees have argued that taking federal parcels off the board would leave them landlocked and curb the interest of oil companies in leasing their land.

Pueblo leaders said Tuesday their tribes continue to work on an ethnographic study that they hope will provide more insight for federal managers on cultural resources in northwestern New Mexico.

Describing its essence as independent and alive, he said the greater Chaco region is "an area of such immense cultural and traditional importance to the pueblo that it cannot be conveyed in words."