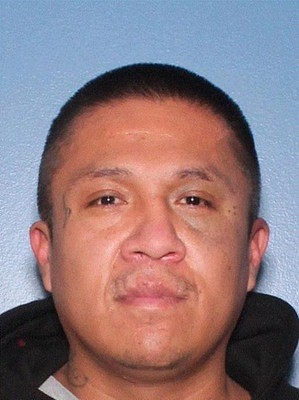 The FBI is running 60-second radio ads in the Navajo language to bring awareness to homicide and missing person cases on the Navajo Nation including Lee Michael Pahe (above) who was found shot in July 2021. (Photo/FBI)

ALBUQUERQUE, N.M. (AP) — Federal authorities are taking to the airwaves to call attention to unsolved homicide and missing person cases on the Navajo Nation as several states are starting to funnel more resources and investigators toward solving such cases.

The FBI announced April 19 it's running a 60-second radio ad in the Navajo language to call attention to what family members and advocacy groups have described as a crisis that is affecting Indian Country.

Airing twice a day on an AM radio station broadcasting from the Navajo capital of Window Rock, Arizona, the spot features a plea from the mother of Lee Michael Pahe, who was found fatally shot last summer in Naschitti, New Mexico.

"You don't have to understand Navajo to feel the emotion of the mother who speaks about the loss of her son in this ad," Special Agent in Charge Raul Bujanda of the Albuquerque FBI Division said in a statement. "Violent crime affects everyone the same way, and everyone deserves justice."

The radio spot comes as New Mexico implements legislation adopted earlier this year to ensure more effective coordination among law enforcement agencies when it comes to missing Native Americans or unsolved homicides. State Attorney General Hector Balderas has met with victims regarding obstacles to reporting, investigation and other issues that they have experienced.

From Arizona to Wisconsin, many states are taking action to address the crisis. In Washington, for example, officials there recently created a first-in-the-nation statewide alert system.

On the Navajo Nation, federal authorities hope listeners will come forward if they have any information about Pahe's case or the others the FBI and Navajo Nation law enforcement are investigating.

The FBI is offering a reward of up to $5,000 for information leading to the arrest and conviction of whoever was responsible for his killing.

Pahe's mother, Sharon Lee-Begay, said her son was married and was a father and that she's relying on the compassion of fellow Navajos in hopes of solving the case.

In March 2020, the FBI field offices in Albuquerque and Phoenix began issuing posters in the Navajo language asking for information about more than a dozen unsolved homicide and missing person cases. They began including audio clips in Navajo with the posters starting last February.