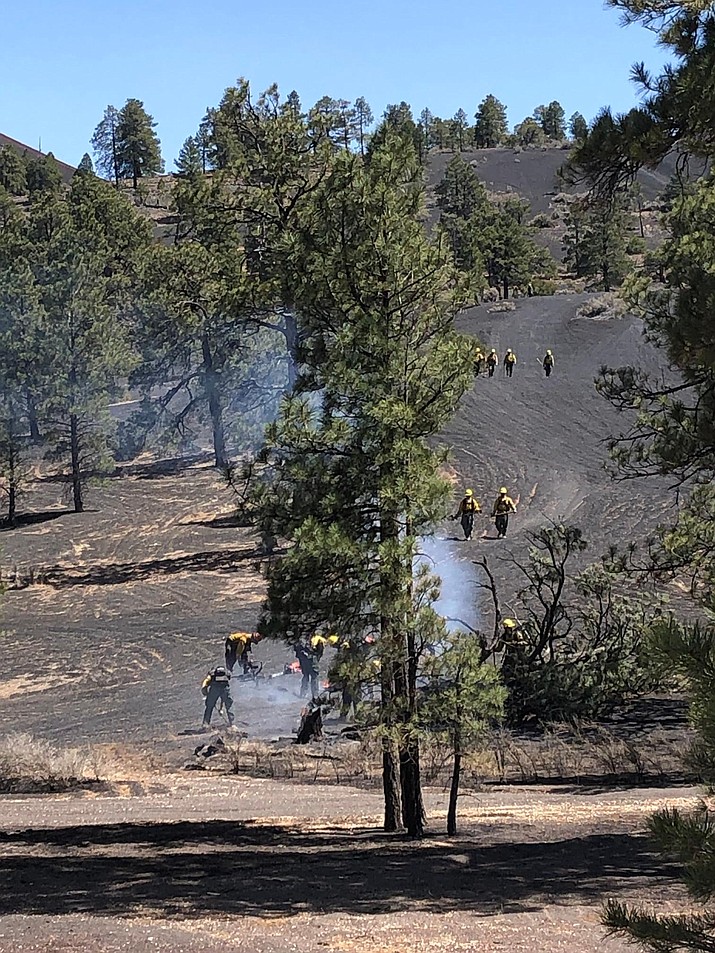 FLAGSTAFF, Ariz. -- Containment of the Tunnel Fire increased to 20 percent Monday evening as firefighters continued to secure the fire’s perimeter and remove any heat near the control lines.

Fire crews remain engaged around the entire fire perimeter. On the south and southwest portions of the fire, crews patrolled the areas that have been determined to be contained and began returning equipment no longer needed on the fire line so that it can be refurbished and available for future use. On the northern and northeast portions of the fire, helicopters dropped water on hot spots within the fire perimeter to assist ground-based firefighters working to increase containment. 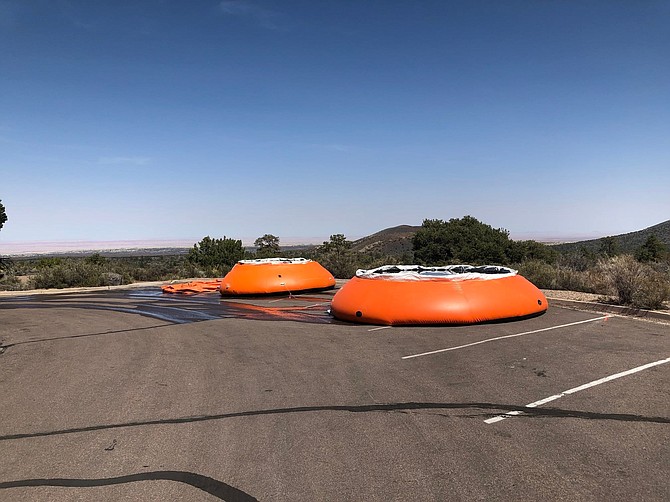 Weather: Winds are expected to be out of the southwest with speeds of 15 to 20 miles per hour, gusting to 35 miles per hour. Temperatures will reach the mid 70s, with relative humidity values in the low teens. The weather forecast will remain consistent for the next several days, with a slight increase in wind speeds on Wednesday and Thursday. Critical fire weather conditions are expected to continue through Thursday night when the current weather pattern moves out of the area.

Today’s Activities: Firefighters are prepared for an increase in wind speeds and will focus their efforts in the Black Mountain and Strawberry Crater Wilderness areas on Tuesday, as they continue remove any remaining heat near the control lines. The crews in these areas will continue to be supported by helicopter bucket drops as weather conditions allow. Along Forest Roads 420 and 545, and in the Timberline and Wupaki Trails communities, firefighters will continue to patrol the fire line, mop-up where needed, and begin to backhaul equipment no longer needed on the fire line. Fire crews will continue working through the night, patrolling the fire and responding where needed. 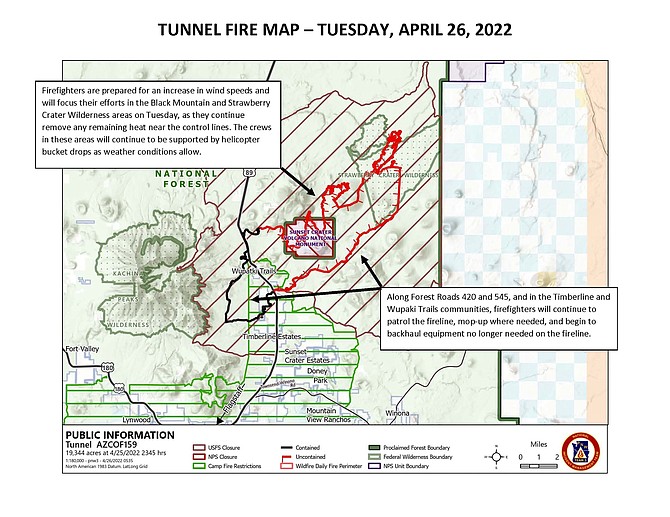 As of this morning, the Tunnel Fire is 19,344 acres. The reduction in size is due to more accurately depicting the fire’s edge south of Darton Dome following the lava flows.

Closures: The Coconino National Forest has instituted a Forest Closure Order for the area affected by the Tunnel Fire.