Tunnel Fire continues to burn despite yesterday's rain and snow 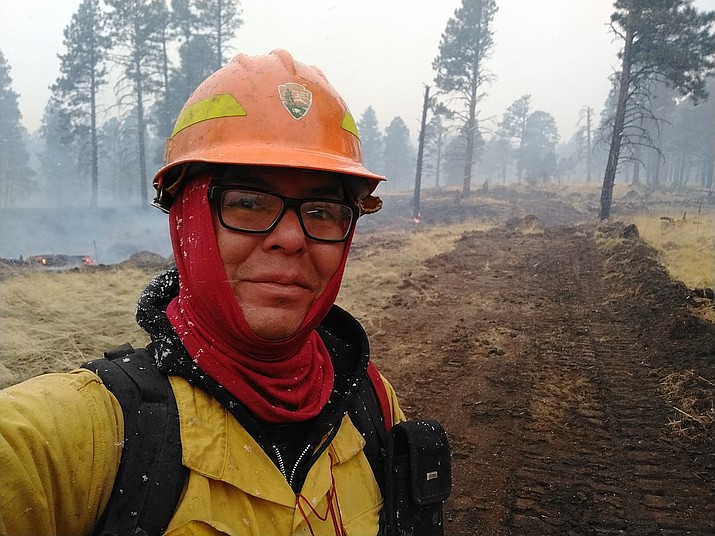 Snow and rain did help douse dry grasses and keep them from igniting more easily, but precipitation levels weren’t high enough to affect large burning logs and extreme hotspots across most of the fire. High winds also resulted in drying out precipitation very quickly after it dropped.

Two areas of the fire were active even with the moisture. The spot fire that began last night on 89 Mesa in the Schultz Fire burn scar grew to 500 acres today, with large down trees left over from the Schultz Fire helping keep the spot alive. Firefighters were able to create a line around the entire spot fire, but strong winds continued to cultivate dry conditions.

The second active area was in the northeast portion of the fire in the Strawberry Crater Wilderness area. This finger of the Tunnel Fire burned actively and fortunately moved out into flatter terrain and sparser fuel which is expected to slow the fire’s growth. 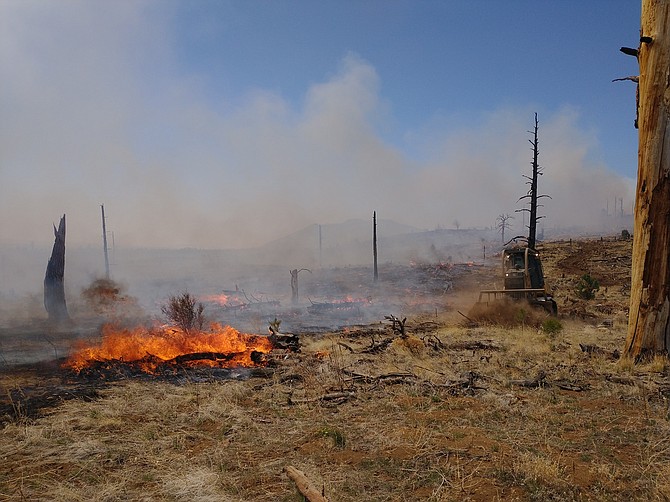 Across the rest of the fire, bulldozers and hand crews are building line around the edge of the fire between O’Leary Peak and Black Mountain and crews continued to patrol and mop up hot spots in the Timberline Estates and Wupatki Trails subdivisions, as well as along the southern flank of the fire along Forest Road 545.

Strong shifting winds out of the north and east forecast for Saturday and Sunday are still a major concern for fire managers, who are hesitant to call certain areas contained until these wind events pass, so have stuck with a containment number of 3 percent.

The Coconino National Forest has instituted a Forest Closure Order for the area affected by the Tunnel Fire. U.S. Highway 89 is still closed from near milepost 425 (Campbell Road intersection) to 445, but officials are assessing conditions daily. The reopening of the highway is dependent on fire activity and closure allows quick and safe response for firefighters.

Coconino County Sheriff’s Office released a statement that an estimated 109 properties were impacted by the fire, including 30 residences that were burned and 24 properties with outbuildings destroyed.

All information regarding current firefighting efforts and the direction and activity of the fire is regularly updated on the Tunnel Fire Inciweb page at https://inciweb.nwcg.gov/incident/8068/.