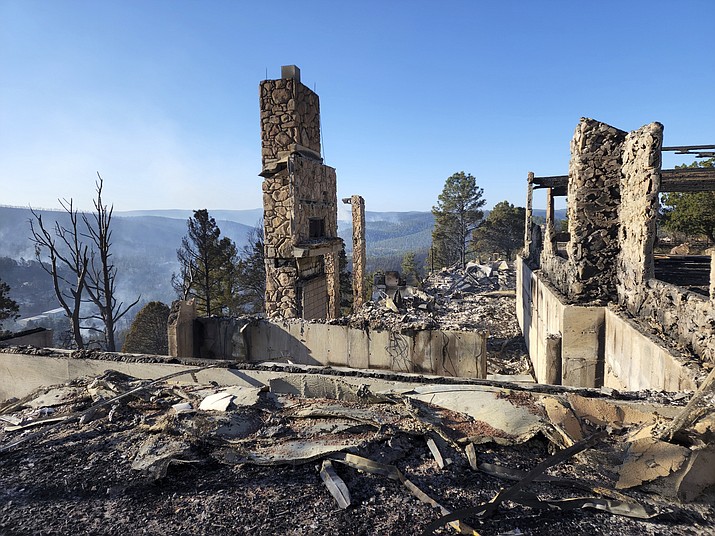 The remains of a home left after a wildfire spread through the Village of Ruidoso, N.M. April 13. Officials said a wildfire has burned more than 200 structures, including homes, in the New Mexico town of Ruidoso. (Alexander Meditz via AP)

RUIDOSO, N.M. (AP) — A wind-driven wildfire in southern New Mexico that destroyed more than 200 homes now is 56 percent contained and all remaining evacuation orders have been lifted, authorities said April 17.

“It’s great to get folks back in their homes, especially it being Easter weekend,” Southwest Incident Commander Dave Bales said at a community meeting for Village of Ruidoso residents Saturday night.

The wildfire that started April 12 and killed two people remains under investigation.

New Mexico State Police said they still were awaiting confirmation on the identities of the couple who died.

The two bodies were found after worried family members contacted police, saying the elderly couple had planned to evacuate April 12 when the fire exploded but were unaccounted for later that day.

Evacuation orders began to be lifted late April 15 and covered about 60 percent of the estimated 4,500 people ordered to leave their homes.

As of April 16, the fire had burned 9.6 square miles of timber and brush.