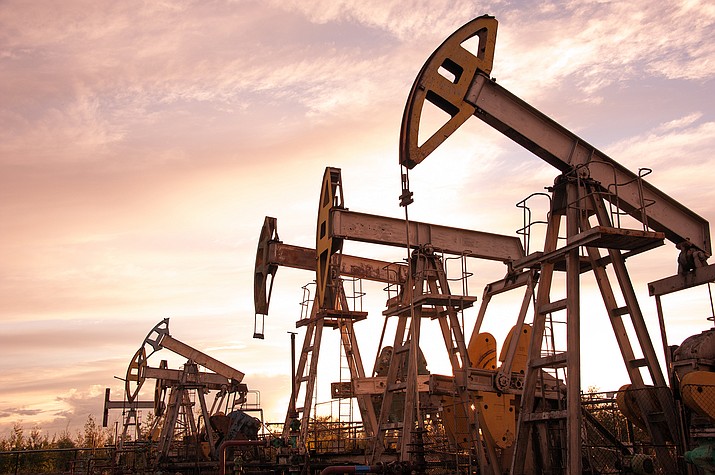 PHOENIX (AP) — U.S. Sen. Kyrsten Sinema called April 12 for increasing domestic oil drilling to make up for the loss of Russian imports that has contributed to high prices at the gas pump.

The Arizona Democrat, who is often at odds with the progressive wing of her party, called for an "all-of-the- above energy strategy," which generally means promoting the production of both renewable and fossil fuels. She said the U.S. dependence on foreign oil jeopardizes its security and that of its allies.

"The reasonable way to address what is going to be an oil shortage in America is for us to responsibly increase our own domestic oil production," Sinema told business executives at a luncheon for the Arizona Chamber of Commerce and Industry.

The U.S. cut off imports of oil and gas from Russia after its invasion of Ukraine, but Russia remains a major energy supplier to Europe.

"We can help our European allies do the same, but it is incumbent on us to help fill that gap," Sinema said.

President Joe Biden has announced a plan to reduce gas prices that includes record releases from the strategic petroleum reserve and called on Congress to charge oil companies that aren't drilling in areas where they are approved to do so.

The United States and its allies must provide more support to Ukraine and impose even more punishing sanctions to "tighten that economic vice" on Russian oligarchs and President Vladimir Putin, she said.