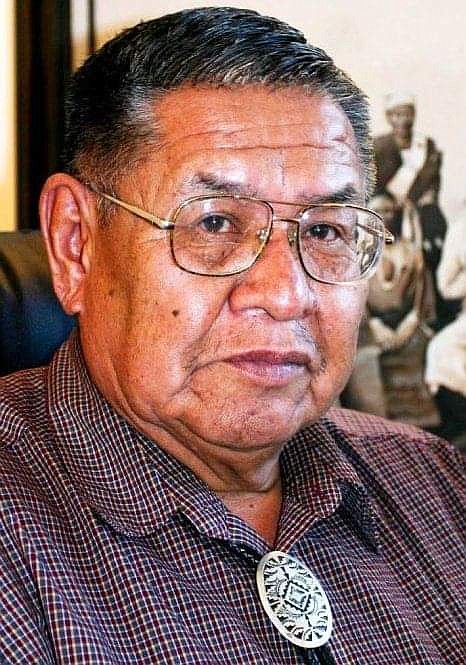 He was Tódich’iinii (Bitter Water Clan) and born for Tł’ízí łání (Many Goats Clan), and was originally from Kayenta, Arizona.

“We join the Navajo people in offering our condolences and prayers for Mr. Peaches’ wife, children, and many loved ones,” Nez said. “He was my long-time friend and a great leader that many of our people looked up to. He gave so much of himself to serve and help others. His life, built upon public service, will continue to serve as a source of inspiration and hope for many. Through this difficult time, we pray that God provides his loved ones with the strength and courage that he exemplified throughout his life.”

Among many leadership roles, Peaches was elected as a member of the Arizona State House of Representatives in 1974 and later served as member of the Navajo Nation Council.

Prior to becoming an elected leader, he served in many prominent roles as the director of public information under former Navajo Nation Chairman Peter MacDonald, as an entrepreneurial coordinator with Leupp School, deputy director for the Navajo Nation Ethics and Rules Office, chapter coordinator for Chilchinbeto Chapter, Community liaison for Black Mesa Review, and the town manager for the Kayenta Township.

“The Navajo Nation mourns the loss of a humble and loving person, Daniel Peaches, who devoted his life to his family, community, and public service,” Lizer said. “His dynamic leadership and his vast contributions will always remain in our hearts and minds. He worked hard for the Navajo people and the State of Arizona. We will always be grateful for his life and his service for us all.”