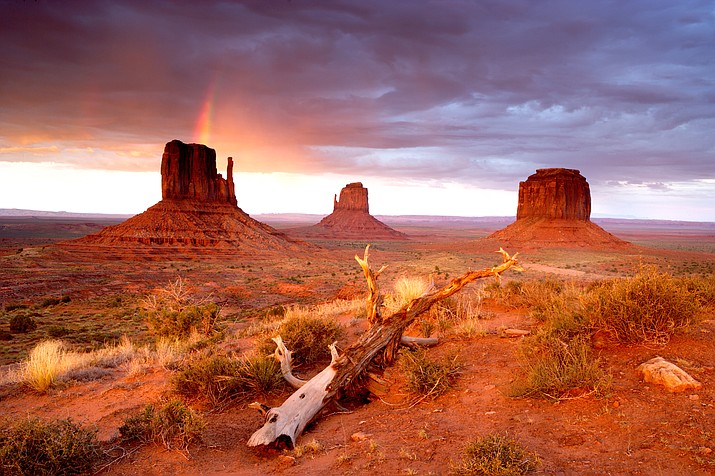 The Navajo Nation and Arizona Commerce Authority have partnered to promote media and filming opportunities on the reservation. (Adobe Stock)

The partnership, which was outlined in a Memorandum of Understanding (MOU) Aug. 30, aims to build a foundation of generational opportunities in the film and media industry.

“The Navajo Nation is home to countless stunning landscapes rarely seen in television and film — until now,” said Matthew Earl Jones, director of Film & Digital Media, Arizona Commerce Authority. “We are excited to partner with Navajo Nation TV & Film to present these diverse locations to filmmakers in Arizona and nationally that highlight the unique culture of the Navajo Nation.”

“We look forward to developing a new and structured film and media opportunity for our Navajo Nation, including our fellow Arizonians,” Pete said.

“We’re thrilled to work with the Navajo Nation to elevate the film and media industry in Arizona,” said Sandra Watson, President and CEO of the Arizona Commerce Authority. “This MOU is the foundation of a long-term partnership that will advance Arizona’s international attractiveness for film and media production. We are grateful to President Nez and the Navajo Nation for their partnership, for graciously allowing filmmakers to create on Navajo land, and for their commitment to increase workforce opportunities in the Navajo Nation and statewide.”

According to ACA, the agreement serves as a guide for the parties as film and media partners in a collaborative effort to renew economic, workforce and training opportunities on the Navajo Nation and in the state of Arizona.

In addition, the MOU provides an opportunity for both parties to define avenues to overcome the economic and social effects of the COVID-19 pandemic.

Since 1913, more than 5,000 films and TV shows have been filmed in Arizona. The recent agreement between cements both parties’ commitment to advance the growing film industry in the state, according to a recent press release.

Comprised of three sections — film, television, and production, Navajo Nation TV & Film (NNTVF) believes that media plays a crucial role in creating an environment of active citizenship that encourages social responsibility and public spirit. Media then, in both access and content, is critical to the health and livelihood of Navajo Nation citizens, communities, businesses and more.

Since the launch of the program in June 2018, including a refocusing of the program mission and values, it has become NNTVF’s vision to establish a media industry on the Navajo Nation through collaboration with a network of invested partners on Navajo that will equally benefit from media opportunities in film, production, and television, and increase economic opportunities. More information is available at navajonationtvandfilm.com.

About the Arizona Commerce Authority

ACA is the state’s leading economic development organization with a streamlined mission to grow and strengthen Arizona’s economy.

The ACA uses a three-pronged approach to advance the overall economy: attract, expand and create — attract out-of-state companies to establish operations in Arizona; work with existing companies to expand their business in Arizona and beyond; and help entrepreneurs create new Arizona businesses in targeted industries. More information is available at azcommerce.com.