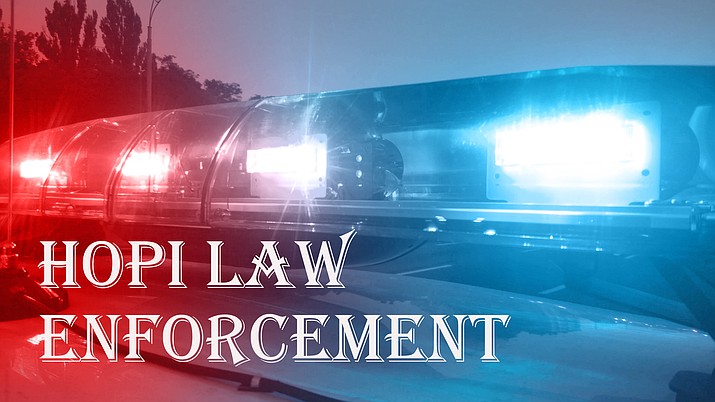 KYKOTSMOVI, Ariz. — Hopi Law Enforcement Services (HLES) provides this report as a service to the citizens of the Hopi reservation.

In August, HLES responded to 730 calls for service. There was a total of 70 arrests — 52 were booked and 18 were released with charges filed.

An arrest is not an indication of guilt, all parties are innocent until proven guilty in a court of law.

All major incidents which are federal or potential federal cases are initially investigated by HLES in coordination with the Bureau of Indian Affairs — Criminal Investigations Unit and the FBI. These cases are then worked through the FBI office out of Flagstaff for submission to the U.S. Attorney’s office for review and charging purposes.

HLES encourages the public to remain vigilant and report any suspicious activity to law enforcement. HLES can be reached at (928) 734-7340 for emergency calls. For non-emergencies, call (928) 734-7344.