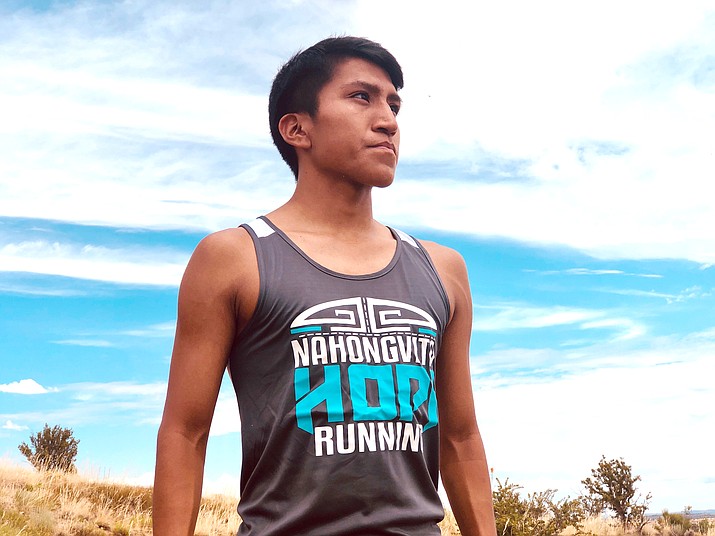 Hopi runner Kyle Sumatzkuku has qualified to run the Boston Marathon in October and is raising funds to to help with travel expenses. (Photo courtesy of Duane Humeyestewa)

TUBA CITY, Ariz. — With a time of 2 hours, 38 minutes and 8 seconds at the Shiprock Marathon, Kyle Sumatzkuku, a Native American endurance runner from the Hopi Tribe, has qualified for the 125th Boston Marathon Oct. 11.

‘‘One of my dreams has always been to have an opportunity to race in one of the biggest marathons on the world stage,” Sumatzkuku said. “The path that led me here, and the events that took place in the last few years, all occurred for a purpose and brought me to this point.’’

Whether the origin is cultural or entertainment-based, sports have always played an important role in Native American history. Running has been a part of Hopi culture for hundreds of years. Coming from a long tradition of runners, Sumatzkuku’s dream has always been to run with the best at the Boston Marathon.

‘‘One of my dreams has always been to have an opportunity to race in one of the biggest marathons on the world stage,” he said. “The path that led me here, and the events that took place in the last few years, all occurred for a purpose and brought me to this point.’’

The Boston Athletic Association, provides the most recent list of 2020 qualifying time requirements where more than 24,000 qualifiers met the time. Runners come from more than 100 countries and all 50 states to compete at the Boston Marathon. The Boston Marathon, which was previously scheduled for April 2020, was postponed because of the COVID-19 pandemic.

To overcome his insecurities from a performance during a previous marathon, Kyle registered for the 2019 Shiprock Marathon in New Mexico, shooting for a personal best.

‘‘I had an understanding going into the Shiprock Marathon, which, this race would be a true follow-up test to my endurance and skills I built. I also knew there was a strong possibility that anything could happen on the racecourse,” he said.

Even though he was anxious on the day of the marathon, he mustered his strength and did what he had been doing throughout his training period – he stayed focused by offering prayers.

Sumatzkuku’s success at the Shiprock Marathon gave him the confidence to apply for the Boston Marathon, as his race time of 2 hours, 38 minutes and 8 seconds qualified.

Reflecting on his experiences, Sumatzkuku said running is a part of who he is.

‘‘Running, and the tradition of Hopi foot racing, is one simple aspect of our culture, but it’s also an incredible teaching tool for practicing core values that allow me to continue with maintaining a healthy lifestyle and chasing my dreams,” he said.

Participating in a healthy lifestyle

Various studies over the years reveal that Native American youth have higher rates of obesity, diabetes, alcoholism and suicide than any other ethnic group in the United States. This was seemingly because of inadequate nutrition or not allowing time for physical activity, which leads to unhealthy lifestyle choices well into adulthood.

Previous studies have shown that participation in sport can help alleviate many of the problems currently ailing Native American youth.

In addition to his race goals, one of Sumatzkuku’s main objectives is to continue to mentor and encourage youth to choose active, healthy lifestyles. 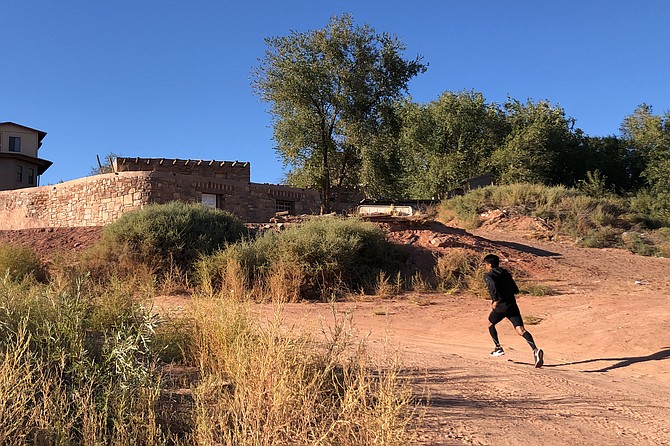 Kyle Sumatzkuku is a Hopi endurance runner that has qualified to run the Boston Marathon in October. (Photo courtesy of Duane Humeyestewa)

Sumatzkuku is also set on building economic development for his tribe and other Indigenous communities while sensitizing them on issues related to health and wellness, physical activity and nutrition.

Raising awareness for his Hopi community, while participating in the Boston Marathon, will put Sumatzkuku much closer to reaching his ambitious goals. His other dreams include obtaining his bachelors in business management, qualifying for the U.S. Olympic team for long distance running, racing the marathon in London and competing in the great Western States Endurance Run, to name a few.

The importance of the Boston Marathon for Sumatzkuku

Sumatzkuku said participating in the Boston Marathon is important to him because it allows him to race side-by-side with some of the best endurance runners from around the globe.

“Like many other incredible Hopi runners before me, like many other amazing Indigenous racers who all set the bar high, I effectively want to achieve small personal goals with this experience and continue to win more races, while I grow stronger and faster,” he said. “I will also strive to win for our community. I will honourably represent many Hopi people — my family — my tribe. I will embrace all the help I can get.’’

Across Indian Country today, there are multiple success stories in sports, and several more high achieving athletes who inspire many people to move toward a healthy and fit lifestyle. 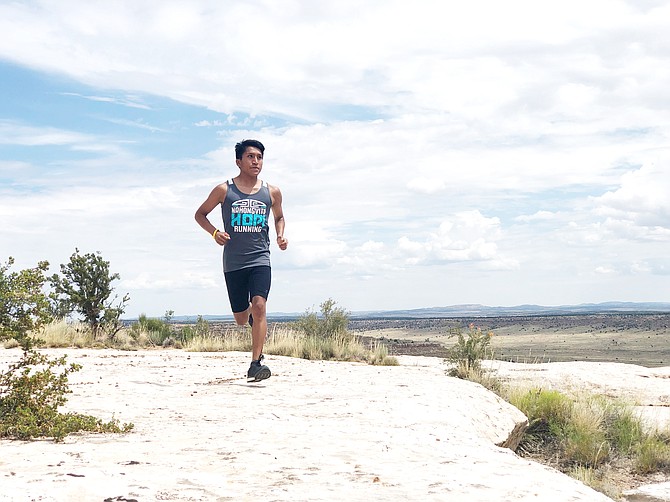 Kyle Sumatzkuku is raising funds to help with travel expenses for his trip to Boston. (Photo courtesy of Duane Humeyestewa)

Perhaps the most famous American Indian athletes of all time is Jim Thorpe who in 1907 persuaded legendary football coach Pop Warner to allow him try out for the Carlisle “Indians” college football team. After starring for the team, he went on to stardom with his role as an Olympic athlete and professional team player in basketball, football and baseball.

Track and field athlete, Billy Mills won a gold medal at the 1964 Tokyo Olympics making him the first American to win a gold medal in the 10000-meter run. Despite his relatively large size standing at 5 feet, 9 inches and weighing 145 pounds, Andrew Sockalexis, like many Indian athletes of the era attended the Carlisle Indian School, where he ran on the track team as well. Sockalexis made his first appearance as a marathon runner in 1911, when he ran the Boston Marathon, finishing seventeenth.

The Hopi Tribe’s Lewis “Tsökahovi” Tewanima held an American record in running for decades. Even though he was never happy to be in the Carlisle Indian School, he continuously excelled in races alongside Thorpe. Today, more than a century after Tewanima’s Olympian feats, the Hopi hold the annual Louis Tewanima Footrace in his honour, which is open to runners from all states and nations.

Hopi filmmaker Duane Humeyestewa is tracking Sumatzkuku on his journey to Boston with a documentary project.

“As Hopi people, we have the inherent strength and resilience to run the highest mesas and hike the highest mountains, so running and finishing a marathon is a testament of that endurance built into our DNA,” he said. “We can’t let anything stop us from achieving our dreams.”

Following his ancestors on the trail they have blazed, Sumatzkuku is looking to create new opportunities and inspire his people who are under-represented in today’s American sports.

Along with financial support to achieve his life-long dreams, Sumatzkuku also asks for prayers.

‘‘I am requesting your extra boost in supporting my goals and join our journey to Boston. It would be incredible to achieve one of my dreams. Send me your positive energies. Send me your prayers. I will gather up all the prayers and carry them with me as I train, prepare and execute on my race plan,’’ he said.

To help pay for the trip to Boston, Sumatzkuku recently launched a GoFundMe campaign, with the hope of raising funds to cover the 2,550 mile trip from Moenkopi, Arizona to Boston, Massachusetts.