Roadwork closing US 60 between Superior, Miami for 5 days 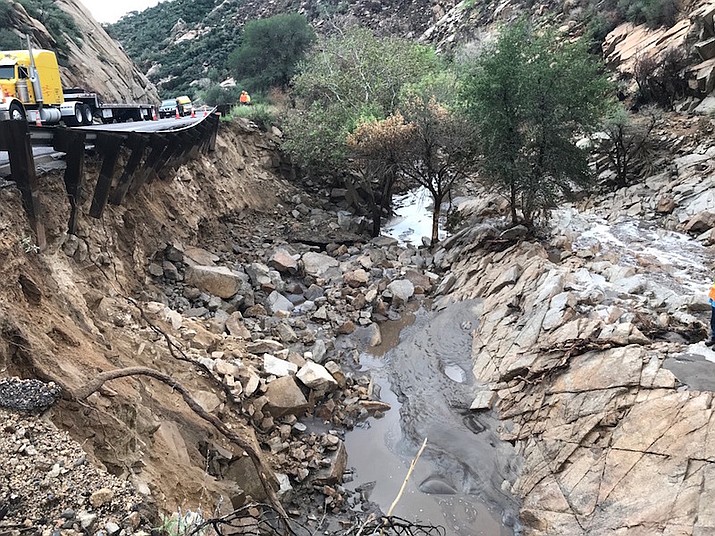 GLOBE, Ariz. (AP) — U.S. Highway 60 between the mining communities of Superior and Miami will be closed most of next week to align the roadway with a new bridge, according to the Arizona Department of Transportation.

The highway in the mountains southeast of metro Phoenix will close at 10 p.m. Sunday and is scheduled to reopen at noon on Friday. The highway is one of the main routes to eastern Arizona's high country.

The Department of Transportation says detours onto State Routes 177 and 77 though Winkleman will add at least an extra hour, and those highways have steeper grades. Only people whose destination is between the closure points will be allowed to pass.

ADOT has built a new bridge over Pinto Creek south of Miami to replace a 72-year-old structure. The two-year, $23 million project will be nearly done when traffic is shifted onto the nearly 700-foot (213-meter) new bridge Friday evening. Crews will then begin demolishing the old bridge.

The Department of Transportation is also warning travelers on Interstate 10 near Willcox that it will route traffic off a bridge this weekend so they can replace the deck. Workers will close both directions of I-10 at exit 336 from 6 a.m. Saturday to 6 p.m. Sunday. Traffic will be routed onto the exit and entrance ramps to make their way past the bridge work.