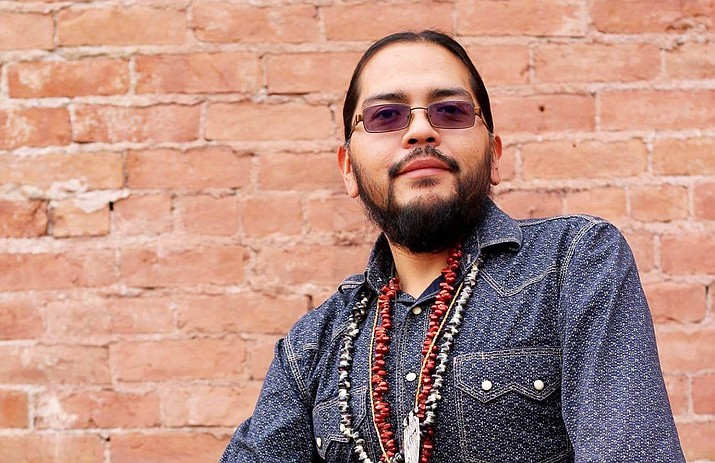 Jonah Hill is recovery following a two-week hospitalization after fighting a life-threatening infection that was complicated by diabetes. (Submitted photo)

FLAGSTAFF, Ariz. — In the end, it was a tiny cactus needle embedded in his toe after a river trip that put ethnobotanist, river guide and artist Jonah Hill, who is Hopi and Quechan, into the hospital with a life-threatening infection.

Hill said while he was on the river he made sure to check his feet every day in the morning and at night, because any kind of wound for a diabetic is complicated because blood doesn’t flow as easily to external limbs.

“I would be really good about sitting there and taking some time to go over my entire feet, just to make sure there weren’t any cuts or abrasions… I thought I was doing good, but they said they dug out a little tiny cactus needle,” he said. “The only indication was a tiny blue dot on my pinkie toe.”

These complications made it harder for Hill's body to fight the infection, which resulted in a staphylococcal infection. When he was admitted to the hospital, his foot was five times its normal size. The infection forced the amputations of two little toes and deep tissue removal from his right foot.

His family set up a GoFundMe page, not only to help with current hospital bills — he has been in the hospital for about two weeks — but also for the home care he will need going forward.

During his recovery, Hill will not be able to move around — he needs to keep his foot elevated.

This is a hard change for him, he said, because he’s usually active, working on his feet, gardening and maintaining his blood sugar with those activities.

This will also limit him in his work and being able to make jewelry.

A PICC (Peripherally inserted central catheter) line will be inserted, so antibiotics can be administered to him from home. The catheter gets changed four times a day, at least, and costs $325 a week. Hill will need the catheter for six weeks, on top of paying for medication. He also had to buy a walker, crutches and a different shower head, all things to help when he gets released from the hospital.

Hill said he has been denied AHCCS for making too much money and is struggling to get Indian Health Service to take care of some of the cost. Hill is a self-employed artist and said all his income usually goes toward his mortgage and back into his business.

“At this point, it’s been a month since I’ve done any kind of work,” he said. “I’ve had a few pieces sell through my website, but all of that [money] has been spent already. The GoFundMe is doing really well. And I’m just grateful for all the support - that’s taking a little of the worry off of it, but I don’t know how much [the bill] is actually going to be, how much is going to be covered…”

Hill said he has never experienced a major injury in his life and the experience has illuminated the healthcare system.

“It’s just eye-opening to see how difficult it all is,” he said. 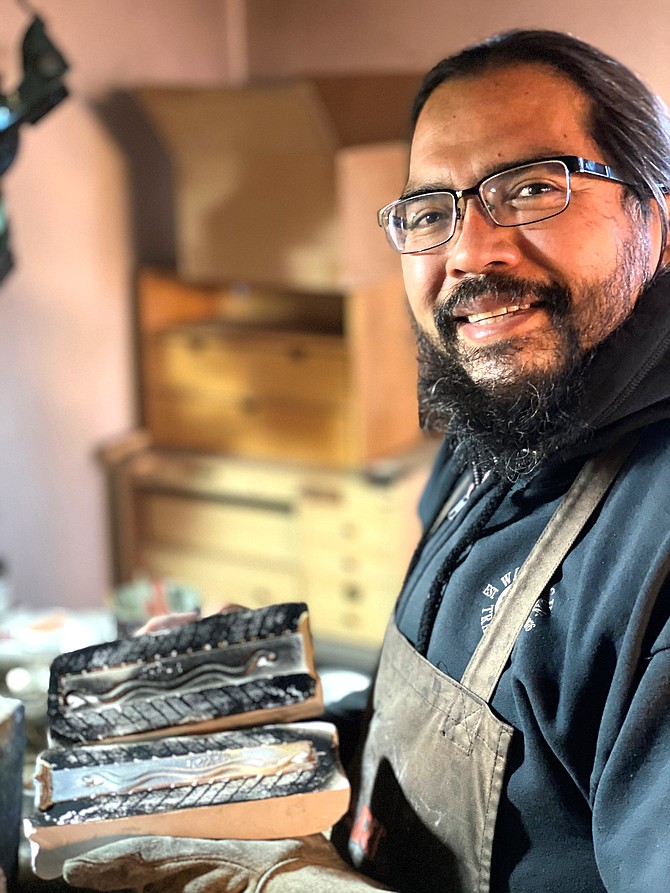 Jonah Hill said his work is a way of sharing his culture and the land with others. (Submitted photo)

The anticipation of going home, and meditation practices and pain management, has kept his spirits up while he’s in the hospital and he’s learning to let the worry go about how everything will turn out.

“It could be a lot worse and there are a lot of people out there who are a lot worse,” Hill said. “It’s just having that empathy for them now. It’s making me stronger, more aware. We have to do as much as we can in order to help our fellow humans. Any little thing you can do that is going to have such a big impact on somebody. Just a kind word of encouragement or just that show of confidence that impacts everybody.”

But the new restrictions on what he can do will be a change, though he has been walking up and down the hallway, doing squats on his good leg, leg raises on the other leg and just generally trying to stay strong and healthy while he waits to be released.

Hill said that usually his social media accounts are all about his business, but since he’s been in the hospital, he has been more open about what he is going through.

“I’m generally a quiet guy, I stick to myself and to my family, I don’t like people knowing my business,” he said. “But in this case, what I’m going through, I think if people read about how I’m dealing with it and how I’m processing everything, I think it’s going to be an inspiration. They may actually read it and say, ‘I can do this,’ whatever kind of situation they are in. Sometimes they need that.”

Hill said the pandemic changed the way he did business. He became more social media savvy and adept at running his website. He communicates with his customers more through email.

“I’m really lucky to have the following that I have and to be able to have people that want to collect my work because it’s so unusual,” Hill said. “I put everything, all my heart and soul into my work, through my experiences. I try to put my sense of place, this place, where we are, our region, where I grew up, I try to put all of that into my jewelry. I think people feel that.”

While he hasn’t been creating for about a month, Hill said the challenges he is now facing is just a little setback. He has invested in a machine that will help him make his jewelry without having to stand while his foot is healing.

“Even though I’m worried about bills and money… I knew I needed to make this investment and not worry about how it’s going to affect my mortgage and bills, because, in the long run, once I’m able to start doing more, [the machine] will help out,” he said.

And the GoFundMe has been a huge help, he said.

“I’m pretty sure the majority of that is just going to go to hospital care,” Hill said.