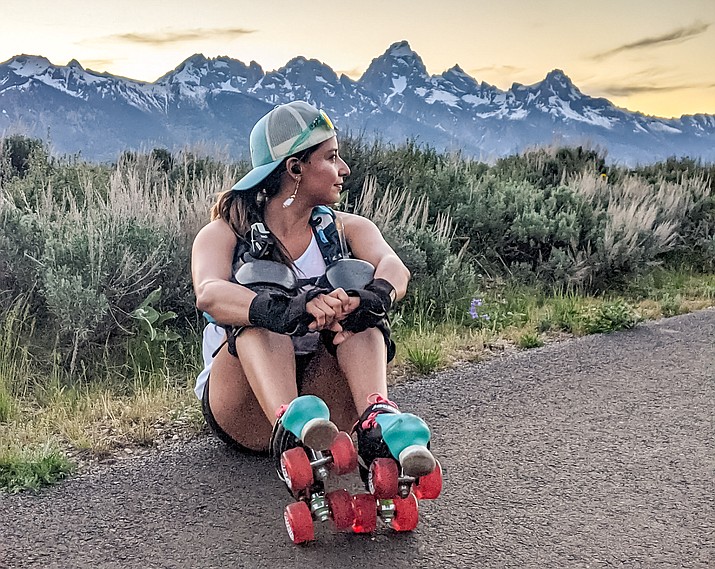 Melissa Skeet is roller skating more than 300 miles from Window Rock, Arizona, to Flagstaff, Arizona, and back. Skeets is skating to bring awareness to missing and murdered Indigenous women, children and two-spirit people. (Photo courtesy of Melissa Skeets)

Former roller derby athlete Melissa Skeet, known as Skeet Fighter, is roller skating more than 300 miles, from Window Rock to Flagstaff and back (the length of The Long Walk) to bring awareness to missing and murdered Indigenous women, children and two-spirit people.

Skeet said she found inspiration for the trip from former roller derby athlete Daisy Purdy, who skated more than 2,000 miles in 2020 for Rollin’ for Rock Research, which investigates environmental contamination and ending extractive industry damage to the land, water and health of the Navajo Nation. It also provides direct, immediate COVID-19 response by helping distribute supplies.

Another factor for her wanting to make the trip was the 215 boarding school children that were recently found buried in Kamloops Residential School in Canada. In July, she skated 46.4 miles within a day on the Centennial Trail in Washington to raise awareness for those children. 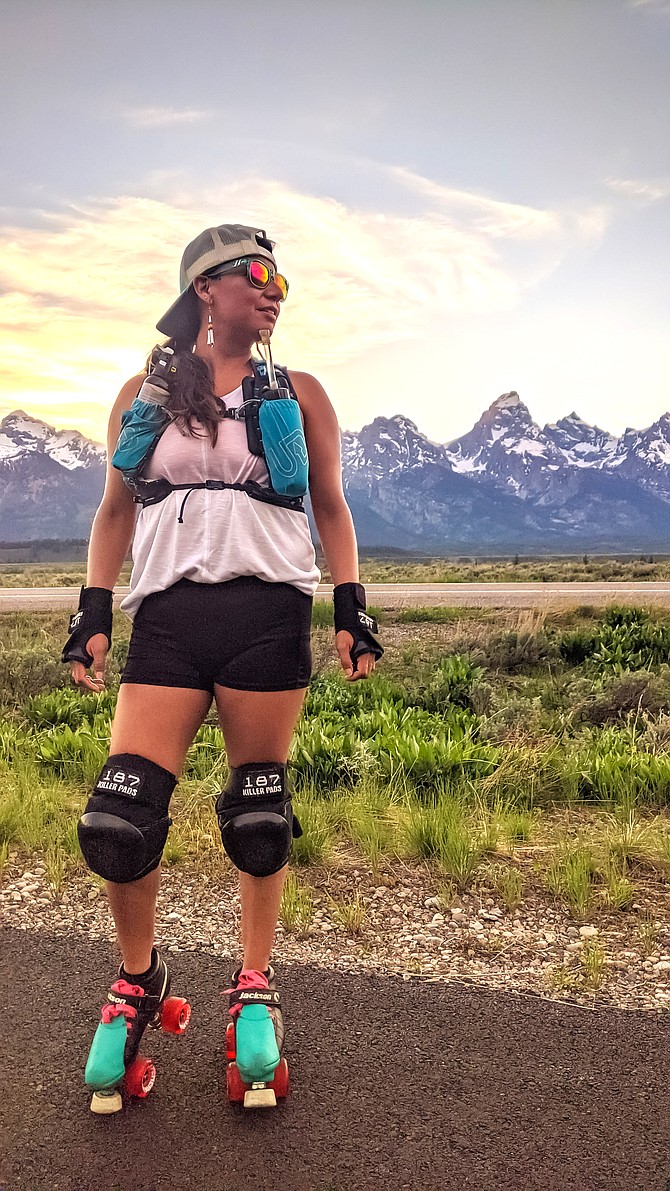 Melissa Skeet will start her 300 mile roller skating trip from Window Rock to Flagstaff, Arizona, and back Oct. 30. (Submitted photo)

“I mainly wanted to provide educational awareness to others who don’t understand or know what the government has done to these children,” Skeet said. “It just hit me hard because both of my parents are survivors of boarding schools. Because of that, I don’t have a huge relationship with them because of all the trauma that they’ve suffered. It’s just taken a huge toll on our relationship.”

Skeet recounts when she was a derby girl, she always wanted to bring awareness to missing and murdered Indigenous women, and said she would put a red handprint on her face during a derby game.

“It brought some attention, even in a non-Native place like Jackson Hole, Wyoming,” Skeet said, describing another roller derby sister who was more skeptical because she didn’t know what people would say. “I’m like, ‘I don’t care.’ I’m just going to do it. I put the handprint on my face and that just brought so much attention. The news came out and were asking us about it.”

Skeet said building awareness is important, especially because so little attention is paid to Native women, children or Two-Spirit people who go missing.

Skeet decided on the length of The Long Walk, which stretched from Fort Defiance to Fort Sumner, but out of respect for the sacred ground of the exact location of the trail, she decided that skating roundtrip from Window Rock to Flagstaff and back again would work and still be powerful with the landscape that surrounds the area.

Skeet’s goal is to skate 50 miles a day. She has a GPS tracker, which will track her moves.

While she had a health scare, which threw her plans in doubt, Skeet said she is cleared to skate and despite the stress, she’s ready.

Skeet said the recent murder of Gabby Petito also made her want to bring more attention to Indigenous women, who experience similar tragedies. Skeets lives and works in Yellowstone National Park and the Grand Tetons, near where Petito was found.

“Everybody was saying, why is this one case getting so much attention?” Skeet said. “We need to pay attention to these cases that are not being heard. These cold cases that are never being solved or even taken seriously. That’s where I started with all of this.”

Skeet said she feels skating is a beautiful way to bring the community and the world together.

“Roller skating through roller derby was my outlet during a hard time in my life and the family dynamic that was created through the roller derby community was extremely powerful,” she said.

More information or to follow along can be found at Skeet’s Instagram handle @skeet_fighter. Donations for her crew and to help her journey can be made at her GoFundMe at https://www.gofundme.com/f/skate-for-a-voice-crew?member=14911927&sharetype=teams&utm_campaign=p_na+share-sheet&utm_medium=copy_link&utm_source=customer