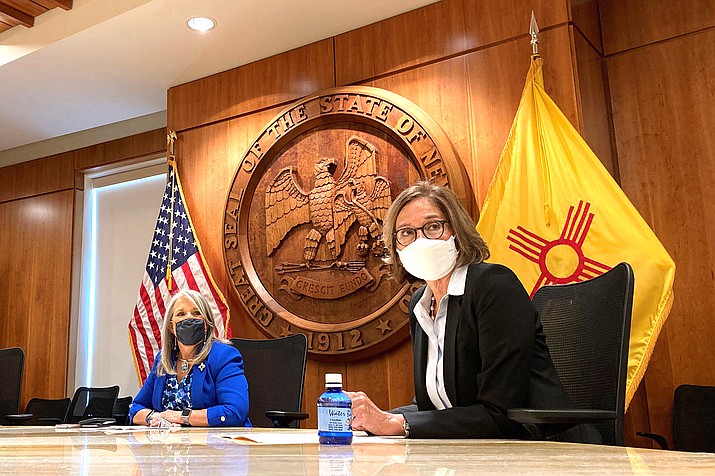 SANTA FE, N.M. (AP) — In her first prepared speech Oct. 12 the new leader of New Mexico's child protection department pledged to restore the agency's credibility following a series of scandals under her predecessor.

In an online speech to some 300 Native American child welfare advocates, the former New Mexico Supreme Court justice said she would increase transparency and accountability at the agency, which handles child abuse and neglect cases, as well as foster care and adoptions.

"We must restore the credibility of CYFD," Vigil told the audience of Native American leaders and child welfare caseworkers.

Blalock oversaw the department's switch to an encrypted app that drew controversy over institutionalized use of a feature to erase messages, including those that may have been subject to record retention laws. State legislators recently accused him of misleading them earlier this year with data that downplayed the severity of child mistreatment, though the numbers were eventually corrected showing a smaller rise in abuse.

Under Blalock, the department suggested that an independent investigator wasn't necessary, because of an existing advisory committee.

"I will support the creation of an ombudsperson office," Vigil said, adding that legislation is under discussion.

Vigil also said she would "continue to support the creation of the Office of Children's Rights," a section of the department established under Blalock to advocate for vulnerable children.

He recruited a director for the office and fired her a few months later, and she sued and claimed whistleblower status. The position was filled by former general counsel Eli Fresquez.

Supporters and opponents of the law have petitioned the U.S. Supreme Court to review it after a lower court issued a sharply divided ruling that invalidated some of the law's placement preferences.

Tribes and the U.S. Department of the Interior say the law protects Native American families and cultures. Opponents, including a white couple that adopted a Native child, contend the law is racist.

Six states have copied federal requirements into their own laws, such as a duty to notify federally recognized tribes of involuntary custody proceedings. New Mexico is exploring taking the federal rules even further, for example, by making it easier for a tribal nation to facilitate an adoption under its own laws, as is the law in California.

"We do have a commitment from the governor to take a look at it," said bill sponsor Rep. Georgene Louis, an Albuquerque Democrat, who said she sent a draft bill to Native American leaders last week. "All if not most tribes are on board."

Every other year, the legislative session starting in January is shorter, and gives the governor more discretion to determine which legislation gets a vote.

Democratic Gov. Michelle Lujan Grisham has not ruled or endorsed either of the proposed bills that could affect the child protection agency.

"Although we believe it will be important to find ways to strengthen transparency and accountability at CYFD, and we have had conversations with legislative leaders about that, we are not yet committed to one path," Sackett said, adding that the child advocacy position could be housed in another agency.

Attanasio is a corps member for the Associated Press/Report for America Statehouse News Initiative. Report for America is a nonprofit national service program that places journalists in local newsrooms to report on under-covered issues.