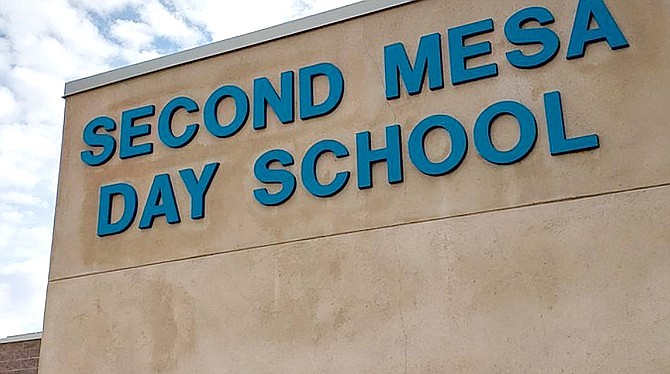 Students were released early for the last two months because of extreme temperatures in classrooms caused by an improperly working HVAC system at the school.

According to the school, the HVAC system that cools the middle wing serving first through third grade needs to be replaced. The school even had to delay the start of school because of soaring temperatures within classrooms.

To accommodate the situation, the school placed large coolers in the hallway to assist with circulation and cooling, installed two additional fans in several classrooms and applied window film to block out the heat. Classrooms were also monitored hourly to assess the temperature.

“In monitoring the classrooms in the kindergarten — third grade levels, the temperatures have decreased to a comfortable setting where students can remain longer in school,” wrote Kimberly Thomas, principal at Second Mesa Day School, in a letter to parents.

Effective Oct. 4, students are being released from class at 2:45 p.m. Monday through Thursday. Friday remains an early release day.