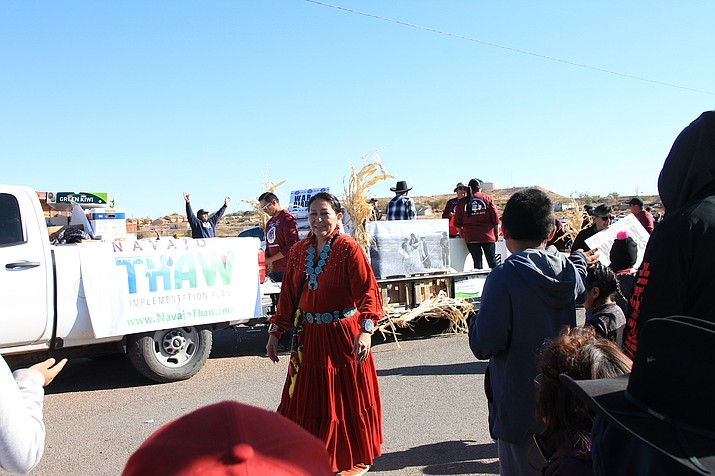 “The Navajo Nation has long been opposed to celebrating Columbus Day. He is credited by many with ‘discovering’ the Americas, but this characterization ignores the fact that the land was already inhabited by numerous peoples with advanced cultures, technologies, and systems of government that rivaled the Europeans at the time,” Nez said. “For generations, Indigenous communities throughout the Americas have fought to survive colonization, assimilation, disease, and genocide. Many of these same atrocities continue today, but the Native peoples of this land continue to be resilient, strong, and prosperous. Recognition of Indigenous Peoples’ Day will help our future generations revel in their identities and promote the survival of our cultures, languages, and indigeneity. Transforming Columbus Day to Indigenous Peoples’ Day will encourage young Navajos to have pride in the place and people they come from and the beauty they hold within.”

Nez said that more states and local governments should take the initiative to recognize Indigenous peoples and their contributions to America and beyond.

“I’m proud to help lead the effort in the Senate to recognize Indigenous Peoples’ Day — an important recognition of Native Americans’ contributions to our society, economy and history,” Luján said. “New Mexico, which is home to 23 Tribal Nations and Pueblos, made history in 2019 by recognizing Indigenous Peoples’ Day as an official holiday, and I’m hopeful that Congress can make this a reality for the entire nation. Let this day serve as a celebration of our country’s Tribal Nations and Native communities, and a reminder of the work ahead, to continue to strengthen and improve the federal government’s relationship with Tribal governments and Indigenous peoples.”