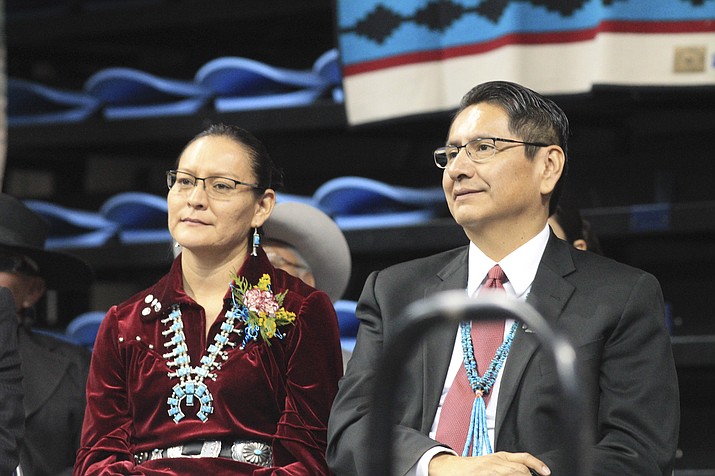 WINDOW ROCK, Ariz. — The Navajo Nation has received its final distribution of the Coronavirus State and Local Fiscal Recovery Funds with a total appropriation of $2,079,461,464 from the U.S. Treasury.

The American Rescue Plan (ARPA) will deliver $350 billion for eligible state, local, territorial, and Tribal governments to respond to the COVID-19 emergency and bring back jobs.

According to Navajo Nation President Jonathan Nez, it will take a dedicated team to manage these funds over the next 4-5 years,

“The Navajo Nation is obligated to account for all American Rescue Plan Act funds," Nez said. "The funding that the Executive Branch was allocated is safe and accounted for and will begin to be expended for administrative, central support service, and regulatory costs now that the Fiscal Recovery Fund Office is established."

The Nez-Lizer administration stated it is working diligently with the 24th Navajo Nation Council to prepare expenditure plans and legislation for more broadband, water, wastewater and other infrastructure projects throughout the Nation.

The establishment of the office was authorized through Resolution CJY-41-21, which was approved by the 24th Navajo Nation Council and signed into law in August.

On Sept. 23, Nez and Chief of Staff Paulson Chaco presented the plan of operation for the Navajo Nation Fiscal Recovery Fund Office to the Naabik'íyáti' Committee.

Council delegates voted 17-3 to accept the report, allowing the president's office to move forward with the establishment of the NNFRF office.

The office will be located at the Navajo Division of Transportation Emergency Operation Center.

According to Nez, with the establishment of the NNFRF office, the Navajo Nation is prepared to move forward with the initial distributions of the American Rescue Plan Act funds for defunded CARES Act allocations and appropriations that were funded through the Síhasin Fund and the UUFB, which were previously authorized.

As for new projects, Resolution CJY-41-21 requires that the president’s office work with the Navajo Nation Council to finalize and fund them.

“We do hear the concerns of our people and we understand the need to expedite the internal processes to expend the funds as quickly as possible, while providing accountability and ensuring compliance with federal requirements each step of the way,” Nez said. “This is a once in a lifetime opportunity to improve the quality of life for our people now and future generations.”

The NNFRF Office will have a team dedicated to the oversight and implementation of the NNFRF funds that will consist of an Executive Director and staff in three main oversight programs to include:

The Office of the President and Vice President is responsible for apportioning $36 million, annually over five years, to Executive Branch programs and offices to implement the Fiscal Recovery Funds.

The annual five-year allocation will cover administrative and support costs at a rate much lower than the standard 17-percent Indirect Cost that is provided for federal funds for tribes, the president's office said.

The Office of the Speaker was also allocated $20 million for the same purpose.

The Office of the Controller has created a website to help keep the public informed – the website is available athttps://navajonationarpa.org and is currently being further developed.