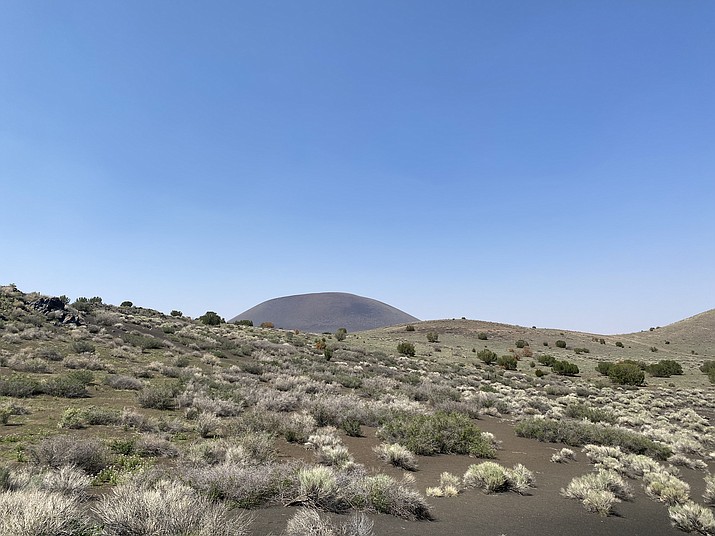 An area of barren land on the Navajo Reservation in Leupp, Arizona, overlooking a mountain. (Photo/Katrina Machetta)

FLAGSTAFF, Ariz. — With summer coming to an end, the Navajo Nation — the largest Native American reservation in the United States — is still dealing with devastating effects from the heat along with extreme drought, which has plagued the reservation for many years.

According to the Navajo Nation’s Wildlife Climate Change Program, climate change contributed to the extreme drought, which has dried the land, leading to water scarcity, overgrazing and a bleak future for many of the land’s farmers and residents.

“Our people are right when they say that water is life,” Nez said. “We see what is happening all over the Southwest. We are getting less and less moisture every year, our lakes and ponds are drying up, and our wells are depleting.”

According to a March 2021 study conducted by the Food Distribution Research Society (FDRS), the drought has already resulted in losses of $8.2 million and $0.4 million for the cattle and hay sectors, respectively.

“The long-term impacts of this drought have been too numerous to count,” said Sakya Calsoyas, who grew up on the Navajo reservation. “There are governmental and non-governmental factors that have lasting consequences.”

More than 40 percent of homes on the Navajo Nation reservation do not have access to water infrastructure, and small lakes and ponds that provide water for the reservation’s livestock are currently losing water or drying up completely.

“The drought has been going on for a long time,” Calsoyas said. “Our reservoirs that allow for megalopolises like Phoenix and Los Angeles to exist have been fairly depleted. Reservoirs like Lake Mead and Lake Powell are at water levels not seen since their creation in the 1960s.”

According to Navajo Nation Council Speaker Seth Damon, the council has tried multiple approaches to assist its people.

One approach included having the Navajo Nation Department of Agriculture attempt to rescue animals from the drought.

During long drought periods, the Navajo Nation Council has received dozens of chapter resolutions requesting assistance. However, because of the lengthy and complex process for addressing resolutions, chapters may have to wait for multiple months to receive the assistance they need.

At this time, the United States Department of Agriculture (USDA) has declared disaster designations in several counties that encompass the reservation.

The Navajo Nation Commission of Emergency Management has predicted drought conditions will continue to deteriorate, resulting in increased disease, catastrophic wildfires and a worsening socio-economic status for the Nation as a result of the persistent droughts in these counties.

In the future, Calsoyas said the Navajo Nation Council plans to continue monitoring the effects of the drought, mitigating the damage and distributing resources to communities in need.