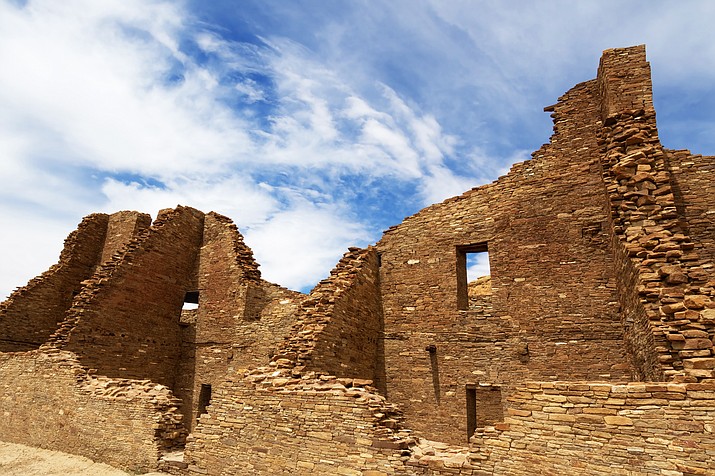 ALBUQUERQUE, N.M. — Top officials with the Navajo Tribe are renewing a request for congressional leaders to hold a field hearing before deciding on federal legislation aimed at limiting oil and gas development around Chaco Culture National Historical Park in New Mexico.

The Navajo Nation has struggled for years with high poverty rates and joblessness, and the tribe's legislative leaders say individual Navajo allottees stand to lose an important source of income if a 10-mile buffer is created around the park as proposed. They're calling for a smaller area of federal land holdings to be made off limits to oil and gas development as a compromise to protect Navajo interests.

Navajo Council Speaker Seth Damon and other council members recently sent a letter to House Speaker Nancy Pelosi and Republican Minority Leader Kevin McCarthy outlining their concerns about pending legislation and the need to fund a comprehensive study of cultural resources throughout the region.

They said a field hearing would allow congressional leaders to "'hear directly from the Navajo people who face a real threat" under the current version of legislation. While the measure wouldn't directly affect tribal or allottee land, allottees fear their parcels would be landlocked by a federal ban, making them undesirable for future development.

Other tribes, environmental groups and archaeologists have been pushing to stop drilling across an expansive area of northwestern New Mexico, saying sites beyond Chaco's boundaries need protection and that the federal government's leasing program needs an overhaul.

The Navajo Nation passed its own legislation in 2019 recognizing the cultural, spiritual and cosmological connection that Navajos have to the Chaco region. The measure expounded on the need for protections, but it also called for respecting and working with Navajo allottees.

The fight over development in the region has spanned several presidential administrations on both sides of the political aisle. Past administrations — including the Trump and Obama — put on hold leases adjacent to the park through agency actions, but activists are pushing for something more permanent.